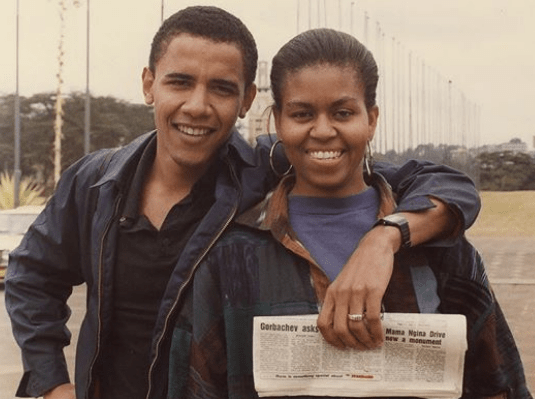 The couple took to social media to gush about their love for each other and reminisce on their love journey.

In a post shared by the former president, he thanked his wife for what he described as 27 amazing years.

“Like the Beatles said: It’s getting better all the time. Thanks, babe, for 27 amazing years!.”

Few minutes after his post, Michelle reciprocated his love message by confirming that Barack Obama has fulfilled the promise he made to her 27 years ago.

Michelle Obama: 27 years ago, this guy promised me a life full of adventure. I’d say he’s delivered. Here’s to our next chapter of becoming empty nesters and discovering what’s next—while still feeling the magic that brought us together all those years ago. Happy anniversary, Barack.

The Obamas’ love story began over two decades ago when Michelle Robinson was assigned to mentor Barack Obama at the Chicago law firm Sidley & Austin.

From mentoring Obama, the two went on their first date in 1989 and got married in 1992.