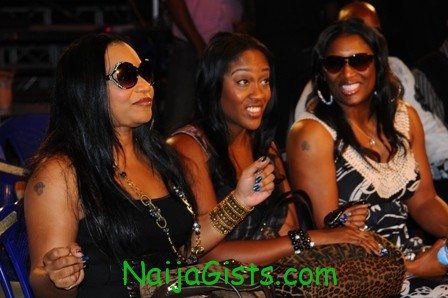 There was a pleasant surprise at the PFWA academy as SWV also known as “Sisters With Voices”, American female R&B trio from New York and American old time Musical band, Midnight Star stopped by the Project Fame Academy to see the final contestants while they were rehearsing at Ultima Studios, Lekki, Lagos. naijagists.com

Sisters with Voices, better known as SWV which includes Cheryl Gamble, Tamara Johnson and Leanne Lyons (the group’s founder) came together in 1990 as a gospel group, SWV were one of the most successful R&B groups of the 1990s. They had a series of hits, including “Weak“, “Right Here/Human Nature“, “I’m So Into You“, and You’re the One”.

Midnight Star, the R&B band was formed in 1976 at Kentucky State University by trumpeter Reggie Calloway, vocalist Belinda Lipscomb, guitarist/vocalist Melvin Gentry, bassist Kenneth Gant, multi-instrumentalist Bill Simmons, keyboard player/vocalist Bo Watson and guitarist/keyboardist Jeff Cooper, as a self-contained group. They achieved their biggest success in the UK with “Midas Touch” and “Headlines” in 1986 among other hits in the 80’s.

SWV and Midnight Star had a nice time meeting the contestants and watching them rehearse. Uncle Ben also took to the stage and performed “Midas Touch” by Midnight Star among other African Songs to thrill the special guests.

They were obviously very impressed with the reception they got as they took turns to encourage the contestants, advising them to put in their best in their forthcoming performances and also in their music careers in the nearest future. 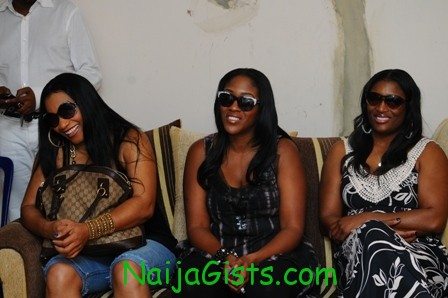