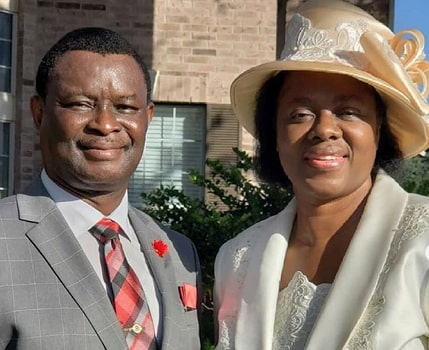 Mike Bamiloye: Many Children Of God Have Entered Into Eternal Covenant With Satan, They Are Now Dinning With The Devil

Mount Zion founder, Evangelist Mike Bamiloye few days ago claimed that some people give testimonies in Church these days after receiving babies from the devil.

According to the veteran film producer and actor, the desperation to have children has led many of these Christians to seek for such help from evil places.

Below is what how he made his point  in a social media post:

“JUST TO HAVE WHAT THEY WANT”
“I have seen men of God and children of God, who have married secretly somewhere else to have children they can call their own.

“I have seen the devil pushing many ministers away from their calling and ministries because they are desperately in searching of children.

“I HAVE SEEN MEN OF GOD, DRAMA AND MUSIC MINISTERS AND CHILDREN OF GOD WHO ARE ON THEIR WAY TO ETERNAL HELL FIRE BECAUSE THEY DEPARTED FROM THE LORD TO LOOK FOR CHILDREN FROM ANOTHER “GOD”.

“I have heard of people coming to give testimonies of the faithfulness of God for giving them babies which they had received from the devil.

“I have seen children of God eating on the dinning table of the Devil and entering into eternal covenant with Satan just to have a baby of their own.”