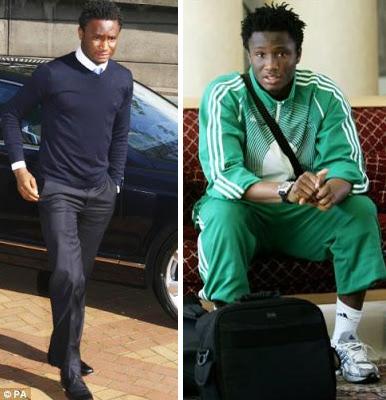 In this recent interview with Kayode Tijani, Mikel Obi said it’s very difficult finding a good woman who truely loves him to marry.

Mikel Obi further said he is very confused about his choice of a life partner and has decided to handle everything over to God.

When queried about his relationship status, below is what the Chelsea Midfielder said;

I know, normal people don’t go through what I am going through now when it concerns finding a Wife to marry, normal people don’t at all. Believe me it’s so so difficult, very difficult, it’s so so difficult you just have to leave it to God. To find someone who truly loves you, there might be someone who really loves me truly for who I am but I may not be aware but maybe you don’t know but you may think she’s one of them people that loves you for who you are or what you have, because of your money, but maybe she’s there for you, you never know, you get so confused, now I have decided I will just leave it to God to decide who I get married to.

Last week we learnt Mikel Obi was to get married to Delta soap model Sandra Okagbue but he later debunked the story.