Some NDA cadets dispatched to help ease traffic on Kaduna roads are now in trouble.

The first year cadets were seen harassing innocent civilians in Kaduna in a series of photos uploaded on the social media few days ago.

“Our attention has been drawn to pictures posted on social media where cadets of NDA were punishing some citizens of the country.This is This is against the principle, standard and value of the Nigeria military. The military stands to protect and defend her nation and its citizens. We disown this very action and we assure everyone that we will take right action to discipline these disobedient cadets.” 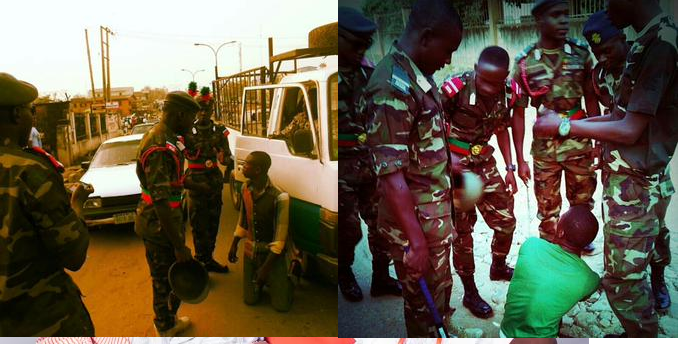 Imagine first year cadets doing this kind thing, what will these ones do when they eventually graduate???

Continue Reading
You may also like...
Related Topics:cadets, civilians, military