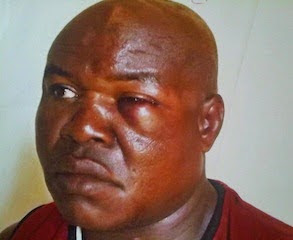 July 28, 2015 – Prophet Commits Suicide Inside Kirikiri Prison: Pastor Who Attacked A Man For Refusing To Pay For Deliverance Prayer Hits Head On The Wall & Died

A controversial self-proclaimed prophet, Destiny Onwudinjo, the founder of Heaven Divine church in Shasha area of Lagos has killed himself.

The prophet was recently jailed for 7 years for attacking a man who came to him for deliverance prayer after he refused to pay him N120,000.

He reportedly hit his head on the prison cell wall severally. His skull broke, he fell down and bled to death.