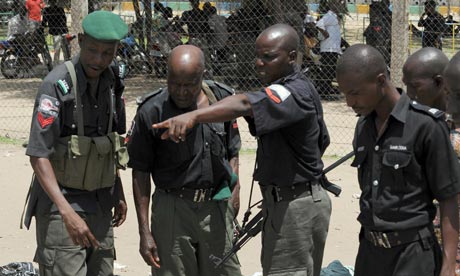 A police official on anti-kidnapping duty in Adamawa State has been kidnapped.

Some suspected gunmen said to be kidnapped abducted the Mobile Policeman attached to Operation Farauta, a special task force working to tackle kidnapping in Adamawa state.

Sources said yesterday that the policeman, who is a resident of Mubi in Northern Adamawa, was deployed to Mayo-Belwa Local Government Area under the special unit which is mandated to tackle kidnapping said to have become rampant around Mayo-Belwa.

The abduction of the MOPOL, sources however said, may have been as a result of mistaken identity, as he is perceivably the wrong target.

A source said the gunmen who entered Mayo-Belwa around 7:00 p.m. on Sunday in a convoy of motorcycles were after a rich man called Idi Bage.

“The man whom the gunmen were looking for owned a mansion beside the Mayo-Belwa to Jalingo Highway.

“Luckily for him on that day, he did not dress elegantly but had changed into casual local wear.

“Unfortunately, the MOPOL, who wore the expensive-looking flowing gown in celebration of Christmas was mistaken for the rich man,” the source said.

“The officer was swooped on and taken away while he was in a relaxed atmosphere with his friends.”

He assured, however, that the state police command was doing everything within its powers to rescue the officer unharmed and to apprehend and bring the abductors to justice.

Continue Reading
You may also like...
Related Topics:Adamawa, kidnapped, policeman