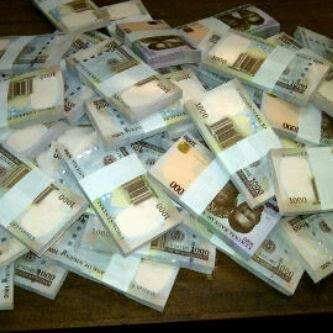 A woman, Philomena Ajih, has lost N550,000 after she gave the money to suspected fraudsters locally known as money doublers to get N5 milion in return.

The incident happened in Igando area of Lagos State, western Nigeria.
The police at Igando division have also arrested one suspect, Moses Okezie, for defrauding Ajih under false pretence of making her rich.

He was charged before a Magistrates’ court sitting in Ejigbo for the offence.
The prosecutor, Sergeant Babaji Ishaku, charged Okezie with conspiracy, obtaining under false pretence and stealing under the Criminal Code.

Philomena fell into the trap after Okezie met her along Ikotun, Igando road, and convinced her that he would assist her to become rich.

Abia State-born Okozie reportedly asked her to pay the money and promised to double the money in return to assist her overcome her financial challenges.
Philomena believed him, went to the bank and withdrew all her savings and gave Okozie.

After she paid the money, she began to wait endlessly for the N5 million Okezie promised her.
Rather than give her the N5 million, Okezie asked her to go and look for more money so that it could be doubled to N10 million.
Philomena told Okezie that she had withdrawn all her money in her bank account and had nothing more to give.

Okozie then suggested to her to go and borrow money from her relations and if she eventually gets the millions, she will refund the borrowed money and keep the rest. She believed him and went to her brother to borrow N500,000 to add to what she had already given to Okozie.

At this point her brother realized that she was under a spell had been duped by Okozie. He raised the alarm and quickly contacted the police.

In order to arrest Okezie, the police told Philomena to play along and ask Okezie to come and take another money. They agreed to meet at a place where the police ambused and arrested him.
At the station, Okozie allegedly confessed that he was a fraudster that specialized in duping gullible victims and had no such money to give her.

He was charged to court where he pleaded not guilty.
The presiding Magistrate, Mrs. J. O. E. Adeyemi granted him bail in the sum of N50,000 with two sureties in like sum.

He was remanded in prison custody at Kirkiri pending when they will perfect the bail.