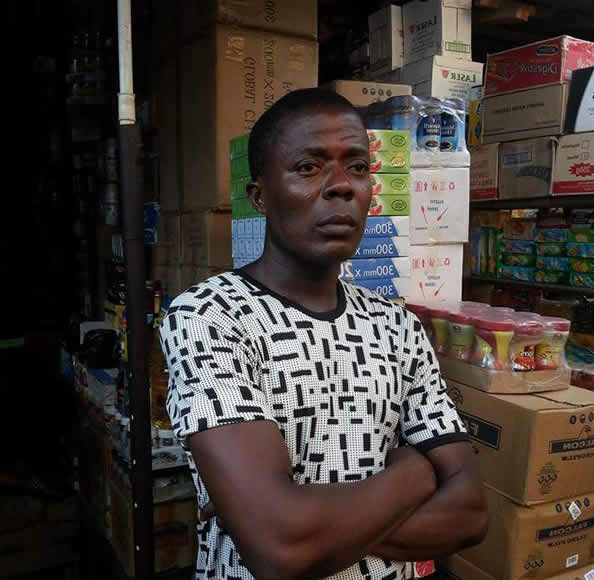 Pictured above is 28-year-old Anambra born trader by the name of Chukwuebuka Okeke who allegedly killed his roommate, 39-year-old Nwabuike Ezeike during a disagreement over an unpaid N5000 electricity bill.

The incident happened today on Tokosi street in Orile Iganmu.

Hear what a family member of the deceased said about the tragedy:

“The deceased had paid the suspect some money as his contribution towards the bill but his friend squandered the money. So, as the payment became overdue and pressure was mounted on him to release the money, he passed on the aggression to the deceased and there was a fight. He was actually asleep when he attacked him.“People had separated them when he suddenly punched him in the head. He was rushed to the hospital where he was pronounced dead.”