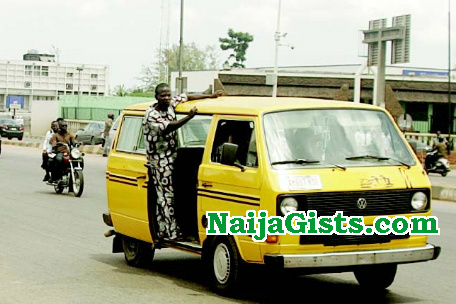 Oct 17, 2016 – Money Palava: Bus Driver Attacks Wife With Iron Rod In Ijanikin Lagos, Says Nothing Would Happen If He Killed Her

A commercial bus driver accused of beating his wife to stupor at their home in Ijanikin area of Lagos has been dragged to court.

The suspect, Solari Oputa allegedly used an iron rod to beat his wife, Keji Oputa to stupor on the 10th of October 2016 at No 1 RS Oputa Street, Cele Naiza in Ijanikin during an argument over money.

50-year-old Oputa allegedly told 28-year-old Keji that nothing would happen to him if he killed her.

Area residents who had knowledge of the attack reportedly called police to rescue the battered woman before arresting the suspect.

He appeared in court today and was admitted to a bail of N100,000 with one surety in like sum.

His hearing will hold on the 1st of November 2016.