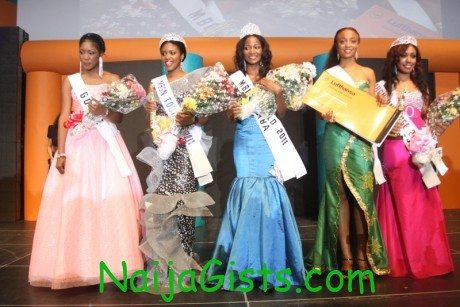 Silverbird Entertainment is set for the 25th anniversary edition of the annual Most Beautiful Girl in Nigeria pageant. naijagists.com

The jubilee celebration will take place at the Best Western Home Ville Hotel, Etete, GRA, Benin City in Edo state on Saturday, 5 May 2012.

Audition forms are still on sale as the screening process begins in Benin City on Tuesday, March 27, in Port Harcourt on Thursday, March 29, in Abuja on Saturday March 31 and in Lagos on Tuesday , April, 3 2012.

The pageant, which has been held every year since 1986, except for 1995, has had 27 queens since its inception.

We’re told both the Pre event and the event will be transmitted live on television stations across the country.

Organisers say this year’s special edition will feature performances from the best of Nigerian artistes, including 2Face Idibia. The pageant is also expected to bring all ex MBGN beauty Queens together, including Bianca Ojukwu and Agbani Darego will be in attendance.

The current title holder is Sylvia Nduka, who represented Plateau.

Continue Reading
You may also like...
Related Topics:auditions, MBNG 2012, most beautiful girl in nigeria 2012

Don Jazzy and D’banj Split: The End Of A Business Era
Funny Conversations On D’banj and Don Jazzy Split