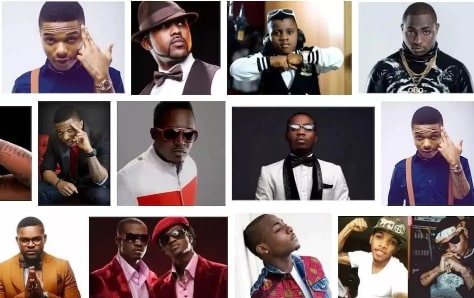 The year 2018 has been all rosy for some Nigerian artistes; for others, it hasn’t been so good. So far this year, we’ve witnessed some revelations, as well as some resurgent in the Nigerian music scene. These artistes have treated us to back-to-back bangers; making sure we are never, for one second, bored.

In this report, we are going to be looking at the top eleven Nigerian artistes, whose songs have dominated (and are still dominating) the airwaves.

The self-acclaimed Port Harcourt first son, popularly called Duncan Mighty, has in the past few months resurged back to the forefront of the Nigerian music arena. His resurgence came a few months back when he publicly sought out DMW boss, Davido, and solicited his assistance. Together, they released Duncan Mighty’s first hit song in a while. The song’s title is Aza.

Subsequently, after his wave-making release of Aza, Duncan Mighty has went on to feature in a host of popular songs such as Fake Love (with Wizkid), Flenjo (with Lil Kesh), Blow Am (with Olamide) Lova Lova (featuring Tiwa Savage), Bio Bio (with Reekado Banks) and so on.

Mayorkun, who is fondly called the Mayor of Lagos, is unarguably one of the top revelations of this year. Under the tutelage and guidance of Davido, Mayorkun has gone on to become one of the most-recognizable voices in the Nigerian audio-zone.

The young DMW star has released many hit songs so far this year. Worthy of note among these was his release of Bobo (featuring Davido). His other songs (and features) include Tear Rubber (with DJ Neptune), Dapada (with Dremo), Mind (with DMW team) and many more.

Reekado Banks is, without doubt, one of the most popular figures in the Nigerian music stage today. He is  currently the top male artiste under Don Jazzy’s Mavins records.

The award-winning star has released a good number of hit singles this year. He has also featured in quite a few songs, alongside top music artistes in Nigeria. His hit songs so far this year include Selense (with Harrysong), Pull Up, Bio Bio (with Duncan Mighty), The Trilogy (with DJ Big N), Banging (with Mr 2Kay) and more.

Simisola, who is simply known as Simi, is probably the best female vocalist in Nigeria today. While she made her big entry into the music industry a couple of years back, she has consolidated her position, as one of the top music artistes in the country in 2018.

Simi’s most prominent songs, so far, this year include Hey Ma (with Dremo), Original Baby (with 2face) Stainless (with Zoro), Halleluya (with John Drille), Aimasiko and Foreign (with Falz), and Naija Issa Goal (with Naira Marley, Falz, Olamide and more) among others

Nigerian rapper, Phyno, has maintained his A-list status for some years now. He has performed exceptionally well this year as well. The rapper, who is known for his Igbo-themed rap style, has greatly promoted the Igbo language through his style of music.

Some of Phyno’s top songs, so far, this year include N.W.A, Onyeoma, Road To Russia, Aye (with CDQ), Isi Ego, One Chance and many more.

Falz the Bahd Guy, whose full name is Folarin Falana, has made his mark in the Nigerian music scene. Ever since his emergence few years back, he has maintained his spot as one of the best rappers/singers in Nigeria.

Falz has dropped quite a good number of hit songs this year. The most prominent of these is This is Nigeria. Others include Faize Yi (with Reminisce and Shody), Sweetboy, Le Vrai Bahd Guy and many more.

Tiwa Savage is not only a Nigerian star, but also a highly revered African star. She is comfortably the biggest female music artiste in Nigeria today. The screen goddess’ latest appearance, in the music video titled Fever, where she was featured by Wizkid, is currently the most trending music video in Nigeria.

The Mavin’s first lady has released and featured in quite a good number of songs, which have dominated the airwaves this year. These include Fire (with Diamond Platnumz), Lova Lova (with Duncan Mighty), Tiwa’s Vibe and more.

Tiwa Savage was nominated, alongside Davido and a host of other artistes, for “Best International Act” at the 2018 BET Awards, which held earlier this year, in June.

Olamide Adedeji, who is fondly called Baddo, is unarguably one of the top music artistes in Nigeria today. He has built an intimidating profile for himself over the years and 2018 is not left out.

The best Nigerian music star of 2018 could very well be Kizz Daniel. After his lousy exit from G-Worldwide music, Kizz Daniel has gone on to become the most sought-after music artiste in Nigeria today. He is currently the proud owner of a record label named FLYBOY Inc.

Kizz Daniel has released (and featured in) back-to-back hits since the turn of the year, to date.  Notable among these include Surrender (with Seyi Shay), Me Ke (with Omawumi), 4days, Baba (with DJ Spinall), Selense (with Harrysong),

Wizkid recently released the official video of his single, Fever, where she featured Tiwa Savage. Fever accrued over one million views on YouTube, within less than 24 hours after its release.

Since the turn of the year, the popular Nigerian music artiste has been serving us “stew” back-to-back. Wizkid’s notable hit songs, so far, this year include Fever, Kana (with Olamide), Bad Energy, Lagos Vibes, Soco, Fake Love, Milkshake and more.

On the top of our log is David Adeleke, fondly called OBO. The DMW boss is arguably the king of the Nigerian music arena today. His songs have been topping the charts for quite some time now. Also, only a couple of days ago, he performed at a sold out concert in Mayotte, a tiny Island off the coast of France.

Some of OBO’s hit songs, so far, this year include Nwa Baby, Assurance, Flora My Flawa, Bobo (with Mayorkun), Mind (with DMW team), Number One (with Diamond Platinumz), Ada (with DJ Ecool), Aza (with Duncan Mighty), Check On You (with Cassper Nyovest) and many more.

Davido was recognized for his outstanding performance this year at the 2018 BET Awards, where he was awarded the Best International Act. The global event, which held on 24th June, 2018, at Microsoft Theatre in Los Angeles, saw Davido coast home with the highly-coveted award, defeating the likes of Cassper Nyovest, Tiwa Savage, Stefflon Don, Fally Ipupa and so on.

Continue Reading
You may also like...
Related Topics:2018, most, musicians, nigerian, popular