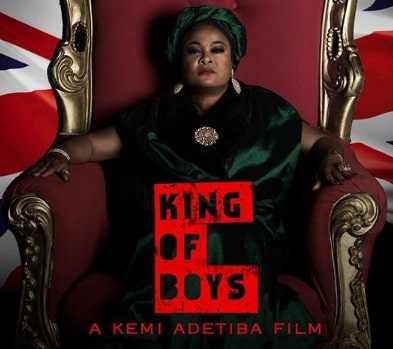 Most Watched Nigerian Movie Of 2018, Kings Of Boys Named 4th Highest Grossing Nollywood Movie Of All Time & Longest Running Film At No1 In Nigerian Cinemas

Filmmaker Kemi Adetiba-produced action thriller King of Boys has made Nollywood history at the Nigerian box office by grossing over 200 million Naira. The movie was released in Cinemas on October 26, 2018.

According to her King of Boys is regarded the 4th highest grossing Nollywood movie of all time and has remained the longest running film at NO.1 in the Nigerian territory with a total of 7 weeks.

Nollywood Means Nothing, It Is A Copycat Of Hollywood & Bollywood – Veteran Actor Lari Williams
Nollywood Movie Producers Not Making Money Because Content Buyers Are Ripping Them Off – Mike Ezuruonye