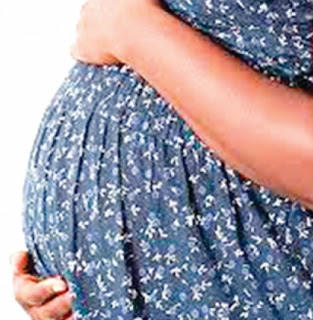 July 5, 2017 – Widow Drags Lover Man To Court For Impregnating 14-Year-old Girl, SS1 Student & Forcing Her To Drop Out Of School

A Karu Abuja based widow, Rhoda Joshua today asked a Grade 1 Area Court in Karu to order one John Okechukwu to pay her N800,000 in damages for impregnating her 14-year-old daughter.

Rhoda said her daughter had been involved in a sexual relationship with 27-year-old Okechukwu since 2016. 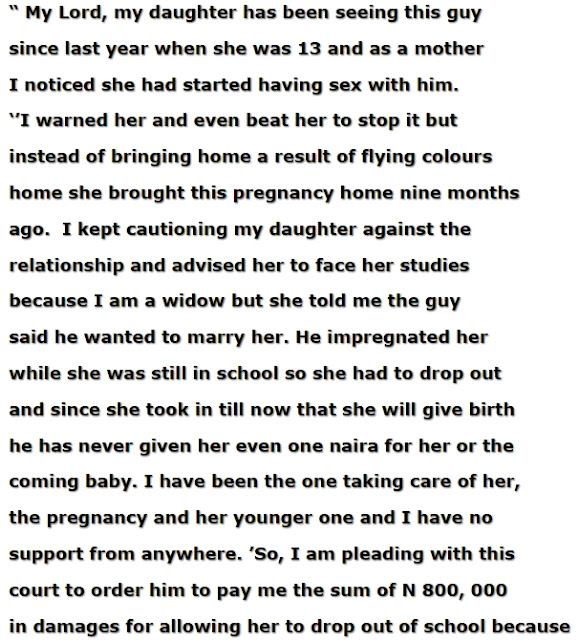 Okechukwu the lover man said he was not ready for marriage but promises to be giving the girl little money for her upkeep.

The 14-year-old victim in response to a question from the court if she was ready to marry him said she will not because the respondent failed to keep his promise.

After listening to both parties, the Judge, Justice Baba Abdullahi said the case should be transferred to a customary court in Karu for proper trail because it is centered on marriage.