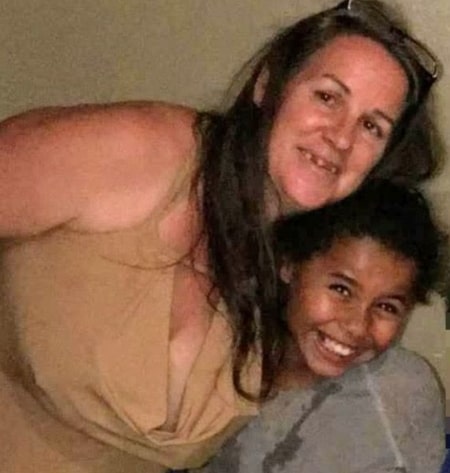 A Californian mother has been arrested for child neglect after her 8 year old daughter got killed by train on Monday.

Joy Frances Collins who was rushing to catch a bus on Monday ordered her two children to crawl under an idle train in order not to miss their bus in Fresno, CA.

When the girl refused to yield to her instruction, she reportedly yelled at her.

Sadly, she got pinned and dragged to death the moment the idle train started to move.

Her 9-year-old brother managed to escape before the train took off.

8 year old Joyanna Harris who hesitated at first got pinned under the train when her mother forced her to undergo the risky stunt.

Residents said Monday was not the first time, Joy will force her children to go under the train tracks.

Continue Reading
You may also like...
Related Topics:crawl, daughter, Forces, mother, Train, Under