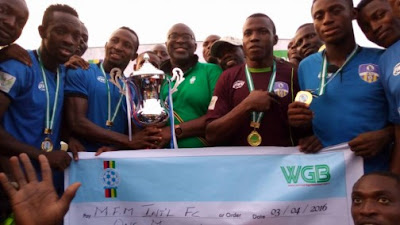 MFM FC has been crowned the best Football club in Lagos.

This came after they defeated the Bridge Boys to win the 2016 Lagos FA Cup championship in the final played at the Agege Stadium Sunday night.