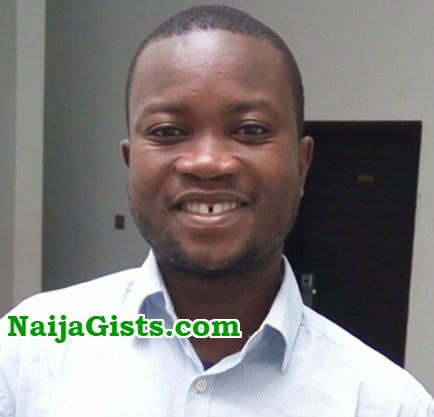 Tell us briefly about yourself

My name is Folarin Laoshun. I am a film producer. I have been in the industry for the past 10 years. I have worked on several musical videos and TV commercials.

How did you come into Nollywood?

I came in as P.A. I was trained at Jungle Films, a production company that handled some reality shows like Gulder Ultimate Search, Star Quest, Star Mega Jam, Maltina Dance All and so on. There, I got exposed to a lot of works and my love for the art made me know the exact thing I wanted to focus on. From there, due to my love for photography, I went to Gapher; they are the people who set up lights for video shoots. I was groomed in lighting and from there I started directing music videos. I worked with Sesan Ogunro. I was the producer and Director of Photography of Dr. Sid’s hit songs Surulere and Ajebutter featuring Don Jazzy. I also do equipment rentals. When I am not filming, I am out there renting equipment to people.

Between film production and equipment rentals, which do you find more lucrative?

I think equipment rental is more lucrative honestly, if you invest in cameras, lights and all the gadgets, you will reap bountifully. For instance, I take equipment to some African countries like Ghana, South Africa and more.

Which project are you working on currently?

It is a movie entitled, Nimbe.

What inspired the title?

So, what is it about Nimbe?

The story revolves around a teenager who faces pressure at home and is also bullied by his mates in school. Everything isn’t working for him until he finds love from the street. The movie talks about rape, domestic violence, drug abuse, peer pressure, education, importance of good parenting and so on.

Is Nimbe your first major project?

No, Nimbe is not my first major production. My first production was in 2014; it was done on the immediate past governor of Osun State, Ogbeni Rauf Aregbesola. The project was titled, ‘Adesoji’.

After that, I did something for MTN, and the Niger Delta on oil and gas. I love African stories. So, my friend and I decided to do something on drug abuse in the society. After that we went ahead to partner with NDLEA, hospitals, and some corporate organisations.

Okay, are you saying all the problems in the society come from the family?

Well, family is everything; if the family grooms their children well, there won’t be all these bad occurrences in the society.

But there are families who try to give their best to their children but at the end of it all the children end up in the street.

Yes, you are very correct, but I can tell you that if adequate and proper care is given to a child, he or she won’t end up in the street. For instance, there is a guy in Nimbe called Ralph, his parents are well to do but they don’t give him the attention a child needs. All they give is money. As parents, we need to know what our children need materially and emotionally, we to know whom they are moving with; we need to know their interest on some issues. For instance, I don’t cane my children; I only talk to them.

And do you think it’s working?

Back to Nimbe, like how much did you invest on the movie?

How much have you made from the movie so far?

Ha, that’s still very far from what we put into the movie. Movie business in Nigeria is not encouraging at all.

Did you single-handedly finance Nimbe?

No, we had investors, those who believed in the project and invested. N.D Western is the major supporter of the project but we have others too. The movie came out in March, so it’s less than three months old. It was shot in Ibadan, Oyo State and it took us one month to shoot, but we spent five months on pre-production. I see Nimbe going global. Presently, Nimbe has been entered for over 42 film festivals and 10 have accepted it internationally. By God’s grace, there would be a private screening of the movie in August.

How did you go about the selection of cast and crew for the movie?

From day one, we wanted the cast to come from all the geographical zones of the country. So, we picked Odulade Adekola, who is popular and has a good fan base in the southwest. We also have Toyin Abraham, Sani Danja, Rachael Okonkwo, Brother Shaggi, and Chimeze Imo among others.

What were the responses of viewers to Nimbe?

The responses have been positive all the way. Go to the cinemas and ask about it. After watching the movie, some viewers would break down crying and passing positive comments, and with that, we feel fulfilled.

From your experience, how would you advise other up and coming producers?

Movie making in Nigeria is a big risk. You could make money and sometimes you might even lose money. But once you are determined in what you truly stand for, then the sky is your limit.

Continue Reading
You may also like...
Related Topics:movie business, nigeria

Netflix Has Bought Many Of My Nollywood Movies – Kunle Afolayan
“I Don’t Believe In Having Kids Outside Wedlock, I May Remarry” – Muma Gee