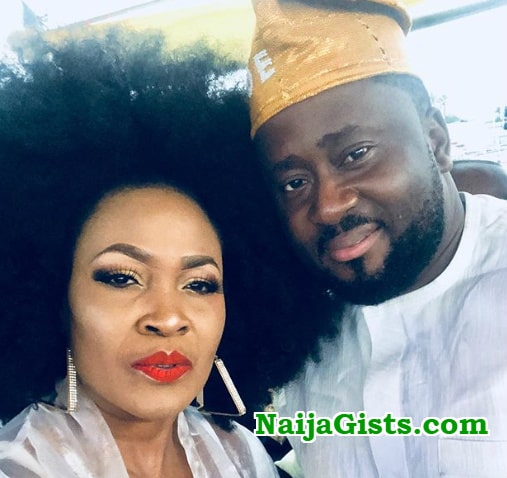 “I Don’t Believe In Having Kids Outside Wedlock, I May Remarry” – Muma Gee

Nollywood actor Prince Eke ex wife, Muma Gee has revealed that she just might walk down the aisle again and have four kids instead of a kid she promised to get in a recent interview.

In a recent interview with The Sun, during the inauguration of AGN executives, which held at O’Jez, National Stadium, Surulere, Lagos, the mother of three says she wouldn’t mind to remarry and have four more kids.

“There is no guy in my life right now and I am married to my children. But I want to have four more kids,” the singer disclosed.

“Currently, my date is my kids and career, but when it is time, we will cross the bridge. I don’t believe in having kids outside wedlock, so I may have to remarry,” Muma Gee responded.

Okay, remarrying may not be the problem, finding the right guy could be. So, has Muma Gee found the right guy? “No, don’t even go there,” she said dismissively

Meanwhile, Muma Gee claimed to have made tremendous progress on her latest single, Double Your Hustle. She said:

“We have just finished shooting the video of Double Your Hustle which is available for download on iTunes. The video will be released next week, but we are ready with the album. We can’t release everything at once so we are taking our time. However, I have been performing the songs at shows and the love has been awesome. In fact, fans sing along whenever I perform Double Your Hustle and that shows they love it.”

Continue Reading
You may also like...
Related Topics:muma gee, Remarry