Nollywood Queen of “Backside”, Moyo Lawal flaunted her unclad self on the cover of a new makeup line by her colleague, Mimi Orjiekwe.

Her photos gave Mimi Orjiekwe a big sale yesterday as many women and men who adore Moyo’s extremely sexy body were forced to order the highlighter.

Mimi Orjiekwe daring move is the first of its kind in Nollywood.

Moyo Lawal’s Kardashians-like stunt however put her at the mercy of fans who believe she is a disgrace to womanhood.

Here are some comments from her fans: 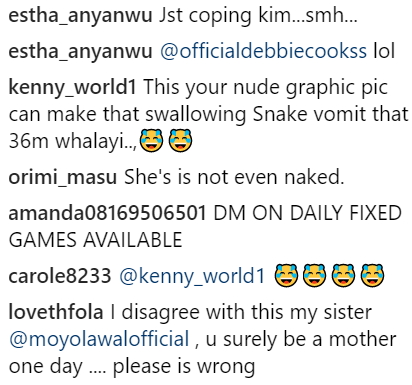 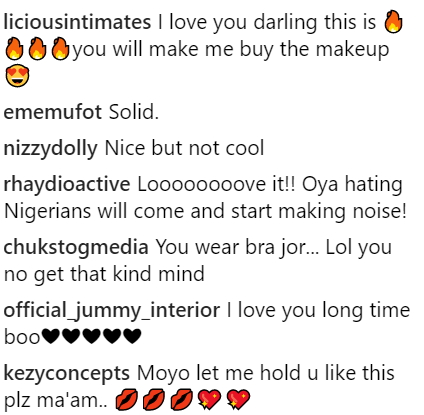 Must Moyo Lawal go nude to promote a product?

These people have forgotten that young kids with free access to the internet are the most vulnerable.

End time don reach my people. #say no to nudity.