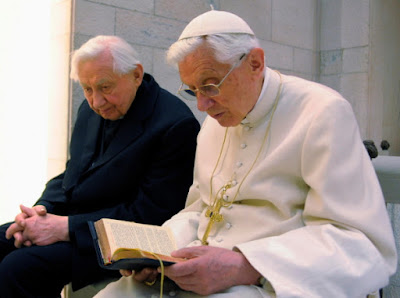 The former Pope of the Roman Catholic Church, Pope Benedict is suffering from a disease of his nervous system which puts him on a wheelchair regularly, his brother, George Ratzinger, said on Thursday.

Ratzinger added that he feared the paralysis could spread to Benedict’s heart.

Benedict, a German, who in 2013 became the first Pope in six centuries to resign, said earlier in the month that he was in the last phase of life and on a “pilgrimage toward home”. He is 90 years old.

Ratzinger, 94, told the Neue Post that his brother was mentally fit but tired easily. 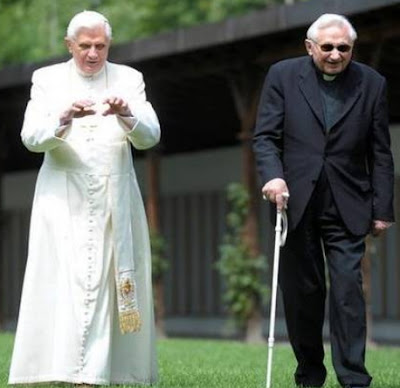 “The greatest fear is that the paralysis could at some point spread to his heart. Then, it could be over quickly,” he said, adding that he was praying daily for a “good” death for himself and his brother.

He disclosed that they spoke every day on the telephone, saying “that is a great gift; in this way, no one is alone”.

“I very much hope that I can travel one more time to Rome to celebrate the 91st birthday of my brother on April 16.

“But that is a long time away; who knows what will happen by then,” Ratzinger said.

Since resigning, Benedict, a conservative whose seven-year papacy was marked by mismanagement and financial scandals, has been living in a former convent in the Vatican gardens.

The Vatican had no immediate comment but a source close to the former pope said that he had continued to receive visitors, including some “just recently’’.

Ratzinger led one of Germany’s most famous Roman Catholic choir schools, the Regensburger Domspatzen, or Regensburg Cathedral Sparrows, from 1964 to 1994.

In 2017, an independent report found that over 500 pupils there had been subjected to physical or sexual abuse between 1945 and 2015.

Ratzinger had acknowledged that he slapped pupils in the face but had said that he had not realised how brutal the school’s discipline was.

Continue Reading
You may also like...
Related Topics:benedict, paralysis