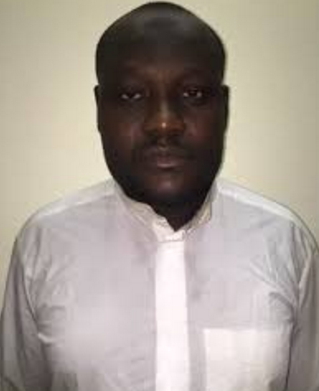 The DSS has revealed the face of the arrested deputy commander of the Boko Haram terror group, describing the arrest in Lokoja two Fridays ago, a milestone in the battle against terrorism.

“Khalid Al-Barnawi is a trained terrorist commander, who has been coordinating terrorist activities in Nigeria, while talent-spotting and recruiting vulnerable young and able Nigerians for terrorist training by Al-Qaeda in the Islamic Maghreb (AQIM) in North African States and the Middle-East.

“Subject was involved in many terrorist attacks in states of the federation, including Bauchi, Kaduna, Kano, Katsina, Kebbi, Kogi, Sokoto and FCT-Abuja; this resulted in the killing and maiming of innocent citizens of this country.

“Al-Barnawi is also responsible for the bombing of the United Nations building in Abuja, on 26th August, 2011; the kidnapping of two European civil engineers in Kebbi State in May, 2011, and their subsequent murder in Sokoto State; the kidnap of a German engineer, Edgar RAUPACH in January, 2012, the kidnap and murder of seven expatriate staff of Setraco Construction Company at Jama’are, in Bauchi State in February, 2013, the attack of Nigerian troops at Okene in Kogi State, while on transit to Abuja for an official assignment.

“He would soon be charged to Court to face his charges after investigation is completed. This arrest is a major milestone in the counter-terrorism fight of this Service; this arrest has strengthened the Service’s resolve that no matter how long and far perpetrators of crime and their sponsors may run, this Service in collaboration with other sister security agencies, will bring them to justice.”