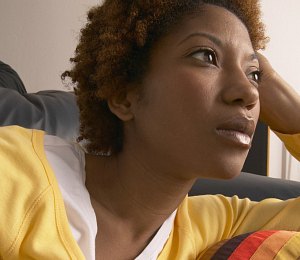 December 16, 2013 – “My Ex-Husband Has Kidnapped My Son In Lagos, Nigeria”- UK-Based Nigerian Woman Cries Out For Help

My name is Esther *********, I would like you to support me in publishing my true story. My son has been kidnapped by the CEO of Peissy Mechanical Works in Lagos Nigeria. I am based in UK, kindly direct me on how to go about it.

Here is my story.

I am an ordained reverend minister in Foursquare Gospel Church in Nigeria, I got married to my husband in December 1978,I had my first daughter in 20th June,  1979, Unfortunately I lost her, after that I had an ectopic operation in March 1980, then it was declared that my right Fallopian tube has been removed and the left tube was bad therefore It would be had for me to conceive. Holding unto God’s promises, I had four children for my husband with a left Fallopian tube.

I had a second degree and my husband suggested that I should travel to UK to do a 1yr course that will enable me work in UK. He further suggested that I will be traveling with my two children. He maintained that he wants the whole family to relocate to UK to have a better life but it will be on gradual bases. I accepted this suggestion because he was never there for his children as a business man; he was always abroad.

On 13th  September 2000, I and two of my children left for UK and stayed in his cousin’s house. The lady had two bedroom house with a box room he returned to Nigeria after about a month. He instructed me to make sure I give his cousin thirty pounds every week. Meanwhile the two children I travelled with I have to give them fourteen pounds each every week for their bus fare and school dinner every week. My husband who promised me that when I get to UK I will do a one year course and start working in my discipline, he also promised to sort out my immigration status.

The reality of his plans started unfolding to me when he took me with the help of his auntie to register me in a care agency to work. That was the beginning of my sorrow. Within a short time due to the fact that he was not prepared to fend for his two big children in Nigeria he sent them to me in UK. As it was impossible for all us to leave in a box room I was forced to get a bigger accommodation meaning I had to work both night and day to afford such accommodation for four children.

From 2002 he visits UK without seeing his family. He further said he has spent a lot of money on his children and on me while we were in Nigeria and that he is no more ready to spend on anyone.  I suffered so much in his hand but as a minister of God I continued to bear in other to save my marriage. He would have affairs outside, buy syringes and antibiotics and ask me to inject myself so that I will not get infection, yet he infected me which caused me a blocked tube and caused my ectopic pregnancy which lead to the  ectopic operation.

He once traveled with his brother’s wife and when they came back after weeks and  I questioned his action he started insulting me threw my things outside saying I must learn to love the woman, when I never hated or quarreled with her. He did a lot but I still had to take it all because of my children and the ministry. He brought my senior sister who trained me to London and  wanted to have an affair with her.

When she refused, he came back to Nigeria and told me that my sister don’t love his person and accepted he did ask her for sex. Yes I know it is right for African men to cheat on their wives but I give glory to God who gave me the patience and endurance to hold this marriage for twenty seven years. Unfortunately my children suffered greatly as a result of our separation. They became very angry and wounded.  I became angry and wounded too, I suffered depression and was placed depression tablets then.  When the trouble was too much I told him that I wanted to come back to Nigeria he vowed that if I return back to Nigeria he will kill me and no one will do anything about it. At the age of 13 years old my last born  could not concentrate on anything because he missed his father and was emotionally traumatized that was in 2005 I begged him that our last born should come back to Nigeria, he said to me ‘may God punish me, he cannot come back to my family because I am now married’.

My son Emmanuel has no paper in UK he was returned back to Nigeria in 2010, yet my husband will send him out from the house that his stepmother is not happy he is around. I was surprised to hear from my daughter when she called the wife of my husband’s brother that the woman my husband got married to knows me and all my children very well in Nigeria before we left. I left the battle in God’s hand but now I am speaking out because he has taken the same boy he chased out of the house to an unknown destination and said that no one has the right  to ask him about him.

The last time I had from my son was two weeks ago on a Monday morning around 5 am he said his father is taking him to an interview. His phone was taken away from him so he can’t communicate and no one can reach him. And his father said he alone can communicate with him.

Please I need your help. He is presently in UK with the son of his present wife, a boy of 7-8 years. When he came he told all my children they are useless, that he is preparing the small boy for war.

Fellow Nigerians I need your help my husband is in UK now, he has locked up my son somewhere, I don’t know for what purpose my heart is troubled. Even if this child is useless as he claims he made him useless by abandoning him at a prime time.

I know Emmanuel is not useless, I am greatly troubled, scared and tormented as I don’t know where my son is and if he still alive, please help me find him he is about 6 feet and 5 inches tall, This is a time of celebration you can imagine the torment a boy of 23 yrs old is facing he is an adult and has the right to his freedom.

Dear liberal readers can you help this woman in spreading this message.

She is really worried about the whereabouts of her son in Nigeria.

Your help will be greatly appreciated