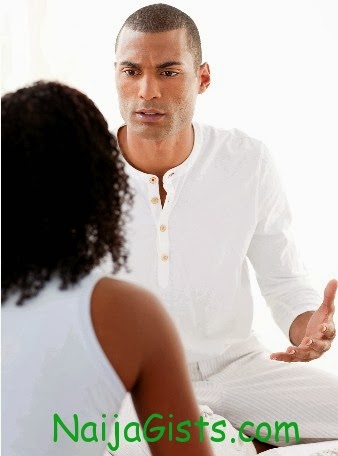 March 4, 2014 – “My Husband Talks Too Much” – Woman Seeks Divorce From Talkative Hubby

A housewife, Kaosarat Nurudeen of Edun area of Ilorin told an Ilorin Area Court on Tuesday to dissolve her marriage, saying that that her husband “behaves like a woman.”

The 33-year-old petitioner prayed the court to dissolve the three-year-old marriage because her husband Wasiu, “is feminine in nature.”

She told the court that Wasiu “is the type that keeps malice and gets easily provoked at the slightest provocation.

The petitioner said that Wasiu always over-reacted on minor issues and changed his attitude “whenever he is provoked.”

She told the court that her husband “talks too much and blames someone else for his mistakes when he is wrong.”

The petitioner said that their marriage was contracted in 2011 and had produced a male child.

“I want an end to this relationship because my husband is not ready to change and takes no correction,” Kaosarat pleaded.

Wasiu, however, objected to the prayer of his wife, saying he still had interest in the marriage.

“My wife always does things that arouse my anger which usually force me to react and at times stop talking to her to avoid more troubles.”

Wasiu promised to change his ways and begged the court for another date to enable them settle out of court.

The Presiding Judge, Mr Yusuf Abdulkareem, adjourned the case to March 28 for a report of settlement or continuation of hearing.