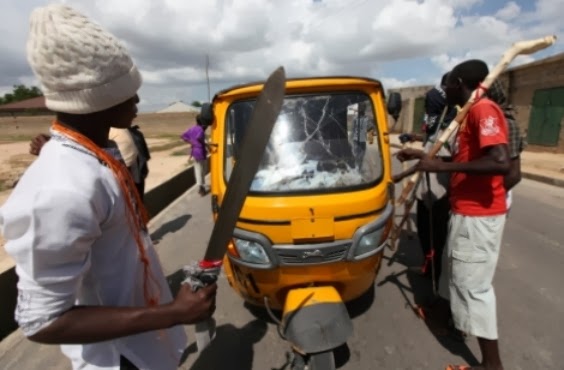 2 people reportedly died in Maiduguri on Monday evening during a bloody clash between the Civilian JTF (anti-boko haram volunteers) and the military.

According to a source on ground, the volunteers had arrested 5 suspected Boko Haram terrorists after they were caught with guns.

Trouble started when soldiers from Sector 2 in Maiduguri seized the suspects and claimed that they were soldiers although in civilian clothes.  That claim did not go down well with the irate volunteers, who went into town protesting, leading to heightened tensions.

Two of the Civilian JTF boys died in the protest while several others were injured.