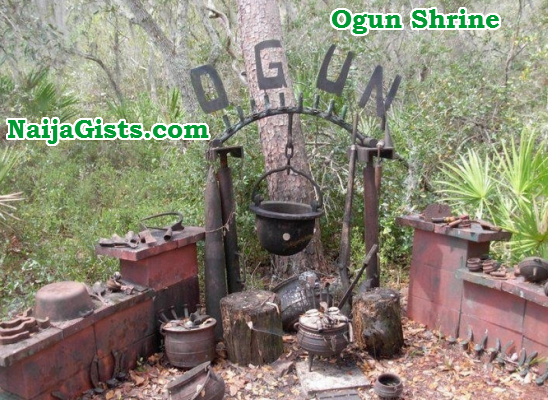 Kwara State Police Com­mand Operatives are working on vari­ous theories to unravel the mystery surrounding the ac­cidental gunshot that killed 12-years old Ganiyat at the Alangua area of Tanke, Ilo­rin.

The unfortunate incident occurred in the early hours of Saturday, when a dane gun said to belong to one Baba Ria, who died about seven years ago, went off and killed Ganiyat.

Witness who lives in the neighbourhood told Crime Watch Today that the de­ceased was playing with her peers and younger ones shortly after their mother who came to visit them left.

“ Ganiyat’s mother came to pay a visit and the inci­dent happened shortly after her departure.

“The kids live here with their grandmother but early this morning, Ganiyat who was playing with her peers suddenly told others to go away after she ran into the abandoned Ogun shrine in a room belonging to Baba Ria. Baba was a hunter and Ogun worshiper and the gun had been in the shrine ever since the man died seven years ago. No one knew what was happen­ing, until a deafening nioise from a gun alerted every one around 11.35am.

We ran out only to see Ganiyat with an eye bulg­ing out in the pool of her own blood. Our neighbours rushed her to a nearby hos­pital, where she was con­firmed dead.

Another witness added that Ganiyat was kidnapped sometimes ago but was re­leased by the men of the un­derworld after frantic effort by the family. The girl has been behaving strangely un­till the incident happened.

A Police source told Crime Watch Today that the police were working on many theories to unravel the mystery behind the death.