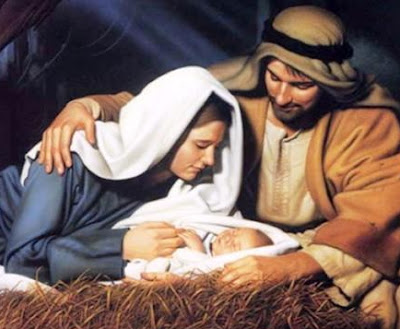 December 26, 2017 – Myths About Christmas And The Birth Of Christ: Another Attempt Of Satan To Pervert The Truth

As another Christmas Season is already suffocating the air, you can feel it, almost literally touch it, I wish to show us the origin, the substance, myths, meaning, the reasons for and the significance of Christmas to every born again Christian.

Perhaps Christmas, the birthday of our Lord and Master Jesus Christ, is easily the most popular worldwide celebration with hoopla, but do you know that the word Christmas is not written in the Bible? What then are the origin, myths, substance, warts and all, surrounding Christmas celebration? What is the Scriptural relevance and its significance to every Christian?

Bible Scholars are not in agreement as to 25 December being the exact birthday of our Lord Jesus. Some Bible Scholars even claim that Jesus was born in February. Many Bible Scholars also believe that 25 December actually has its origin in the Babylonian Cult calendar, as a day historically set aside for the worship of the cult’s Sun god.

The Babylonian cult initially had its headquarters in Babylon and its leader’s title was Pontiff.

Julius Caesar became the Emperor of the secret society in B.C.63. After Julius Caesar, all subsequent Emperors also served as Pontiffs, untill A.D 376, when Emperor Gratia, who became born again, refused to be Pontiff. Bishop Damathas, the then Bishop of Rome, then accepted the title Pontiff.

Within three years, Bishop Damathas was able to inject all the rituals and practices of the Babylonian Cult into the Church. Among such rituals include the secret greeting sign of cult faithful, Easter and Christmas. In the secret greeting sign, cult members make a sign of an inverted ‘T’ , with their hands, as if scratching the head and rubbing the chest, when greeting one another. ‘ Easter ‘ in the cult was actually the worship of the queen of heaven, called ‘ Eastern Star ‘, through the burning of incense and other rituals, regarded as an abomination unto God. Jer.44. To date, some of these heathen practices still abound in Christendom.

In the Babylonian Cult Calendar, 25 December, which was when they worshipped the Sun god, was later integrated into the Christian faith as the birthday of Jesus Christ. Ref:’The Last Days’ by Pastor E.A. Adeboye.

As Christians, we should bother less about the exact date Jesus was born, knowing that the myths about Christmas are yet another attempt of Satan to pervert the truth. Satan’s aim is to make man leave the substance and chase the shadow. We should celebrate and concern ourselves with the incontrovertible evidence of the birth, death, burial and resurrection of our Lord Jesus Christ ( 1 Tim. 3:16 ) failing which no man can claim to be born again.( Rev. 1:5-7 ).

Rather than continue to split hairs and dissipate energy by joining issues on the exact birthday of Jesus, you and I should get cracking with a more eternally rewarding birthday gift exercise for Jesus : winning souls for Him, so you and I can stop being victims of unanswered prayers, while on earth ( Jn.15:16 ) and adorn the Crown of Rejoicing and Stars ( 1 Thes. 2:19,Dan. 12: 3 ), when we reign with Jesus in heaven. So, let s Go a-fishing ( Mk.16:15,Matt. 28: 19-20 ) Merry Christmas!