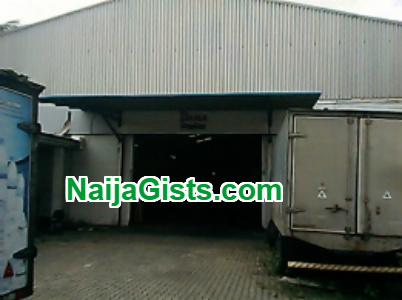 3 men who allegedly stole a container laden with goods worth N6.5 million, were in Lagos on Monday charged before an Ebute Meta Chief Magistrates’ Court.

The accused — Kabiru Aremu, 30; Sadu Muyideen, 26; and Razaki Anofi, 40 — are facing a two-count charge of conspiracy and stealing.

They, however, pleaded innocence of the offences.

The Chief Magistrate, Mrs Oluyemisi Adelaja, admitted them to a bail of N500, 000 each with two sureties each in like sum.

One of the sureties, she said, must be living in his house and also show evidence of tax payment to the state government.

Earlier, Insp. Chinalu Uwadione said the offences were committed on Aug. 5 at about 11.00 p.m. at Dangote Warehouse at Eric Moore in Surulere.

He said a 20-ft. container with goods valued at N6.5 million, property of Istabarragin Nig. Ltd, was kept in the custody of the accused.

Uwadione told the court that the container, however, disappeared mysteriously.

The case has been adjourned to Sept. 19 for mention.