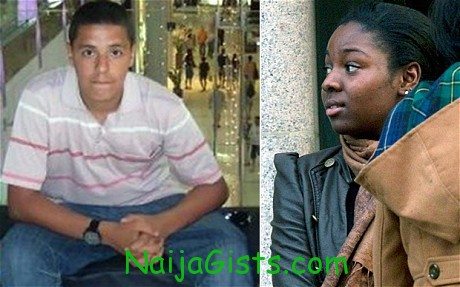 A Nigerian-born woman, Victoria Osoteku, who utilize facebook to mobilize the killing of a 15-year-old boy at a Central London train station and kicked him as he lay bleeding to death, is set to face a long sojourn behind bars. naijagists.com

19 years old, Victoria, and a mob hunt down one Sofyen Belamouadden in front of hundreds of rush-hour commuters at the popular Victoria train Station.

“After helping to set up the confrontation on the social networking website, Osoteku bought a knife set from Argos which was used to stab Sofyen. She was seen kicking him as he lay helpless on the ground with stab wounds to his heart and right lung,” said the a report.

Victoria is due to be sentenced a week before Easter.

This girl should have been sent to Nigeria to learn her lesson before her situation turned this way. God have mercy!