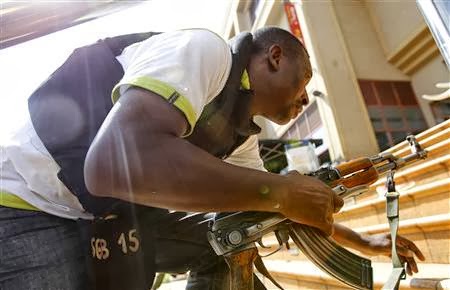 The death toll of the attack that happened at a shopping mall in Nairobi Kenya in the early hours of today has claimed 59 people.

Few days to the attack, a Somali terrorist sect, Al Shabaab had threatened to strike Westgate shopping mall, a popular shopping center for expatriates in Kenya.

The gunmen opened fire on shoppers killing over 59. The initial 15 death toll reported has increased to 59.

Sources and survivors of the attack said about 5 Muslim terrorists stormed the shopping mall and started shooting those they perceived to be Christians.

A source who claims she came head to head with the attacker was wearing Hijab but the attacker left her and started shooting others beside her.

“It was a terrible scene I have ever seen in my life. I thought today will be the end of my life” – said the anonymous witness.

Another witness said the terrorists gathered all the hostages together and started calling out the Muslims to recite a quranic verse and anyone that couldn’t recite it were either killed of pull aside into a group.

A survivor said he was shot by a man who looked Somali.  Some shoppers ran up stairs and escalators and hid around the mall’s cinema complex. Police found another terrified group hiding in a toilet on the first floor.

At least two dozen wounded were wheeled out on stretchers and shopping trolleys. Many of the victims had multiple light wounds, apparently from flying debris. Other walked out, some with bloodied clothing wrapped around wounds.

The Kenyan Red Cross told Reuters at least 59 had been killed and more casualties were still inside the complex.

“The casualties are many, and that’s only what we have on the outside,” Kenya Red Cross Society Secretary General Abbas Guled said. “Inside there are even more casualties and shooting is still going on.”

“I personally touched the eyes of four people and they were dead. One of them was a child,” said one former British soldier at the scene.
Police cordoned off the roads surrounding the mall in central Nairobi’s Westlands neighborhood.

Satpal Singh, who was in another cafe on the mall’s top floor said he ran downstairs when he heard the gunfire and was shot at near the mall’s main exit.

What a tragic loss! May the souls of the victims rest in peace. 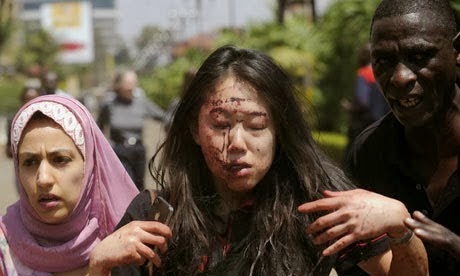 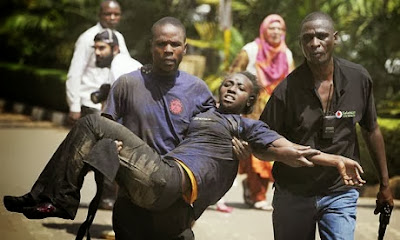 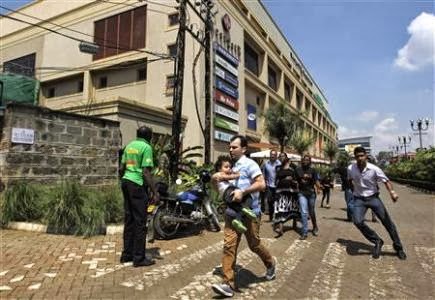 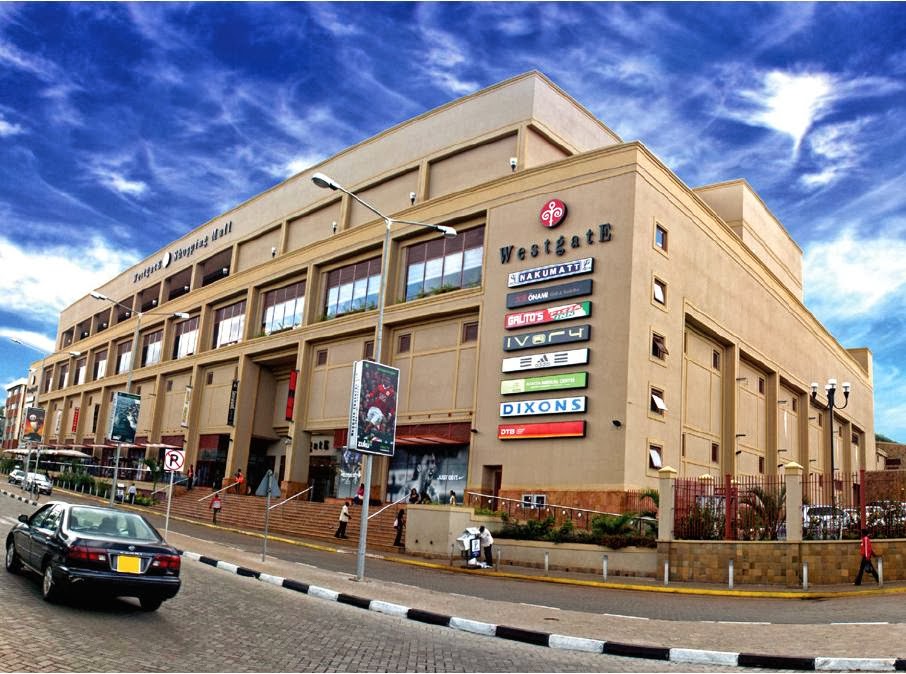