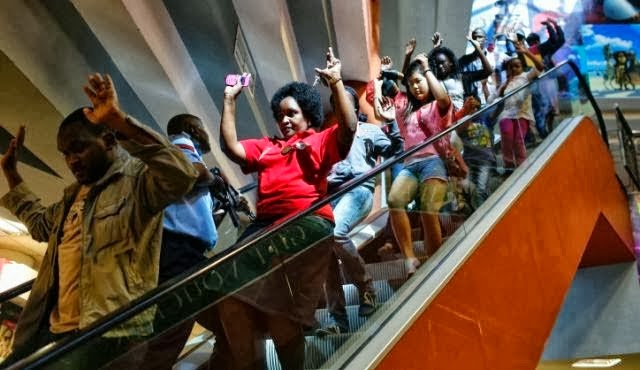 As earlier reported by NaijaGists.com, an Al-Qaeda linked terrorist sect named Al-Shabaab has claimed responsibility for the attack that killed over 39 people at a shopping mall in Nairobi Kenya today.

As at the time of this report, Kenyan Soldiers are still battling the terrorists inside Westgate shopping mall in a gun vs grenade attack. 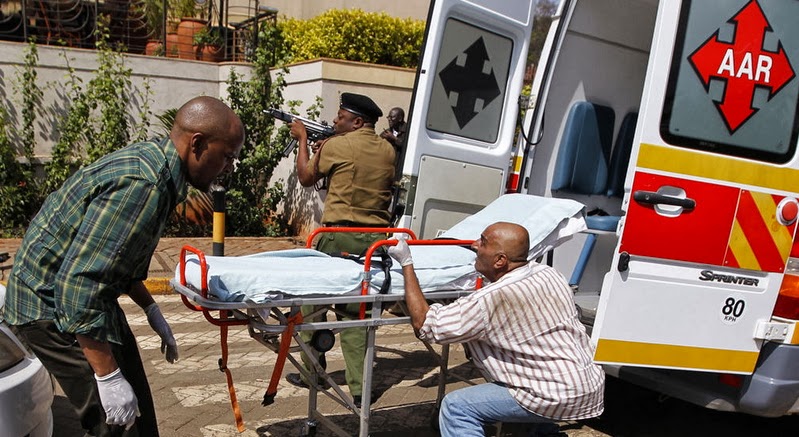 One of the attackers has been arrested while others are currently under radar.

A Red cross Official named Abbas Gullet said the fighting is still going on inside the shopping mall.

Watch the video of the attack below;

The Somali terrorist sect confirmed to Channel 4 news this evening that they were the people behind the gruesome attack.

They also posted the following message on their Twitter feed on Saturday evening. The group said it had killed “over 100” inside the shopping centre, and said the attack was “retributive justice”.

Check out the tweets below

“The attack at #WestgateMall is just a very tiny fraction of what Muslims in Somalia experience at the hands of Kenyan invaders. #Wetsgate

Since our last contact, the Mujahideen inside the mall confirmed to @HSM_Press that they killed over 100 Kenyan kuffar & battle is ongoing
What Kenyans are witnessing at #Westgate is retributive justice for crimes committed by their military, albeit largely miniscule in nature”
Continue Reading
You may also like...
Related Topics:Al-Qaeda Terrorists, Al-Shabaab, attack, kenya, nairobi, somali, video, westgate shopping mall