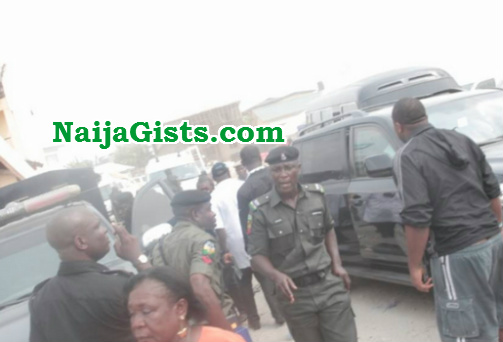 At least 6 policemen attached to the FSARS (Federal Special Anti Robbery Squad) sent to carry out mass arrest in Rivers state yesterday have been murdered.

The operatives were sent to enforce peace between Okuru and Okujagu villagers in Okrika LGA of Rivers State over a bloody land dispute on Thursday May 26, 2016 but they were killed by some cultists who ambushed them.

Their corpses were later buried in shallow graves near Okujagu area of Okrika town.

Here are the names of the officers who died on the line of duty yesterday.

53 men and women have been arrested in connection with the murder.