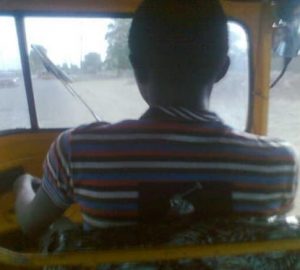 A Napep rider, Babagana Mustapha, and five of his friends, who allegedly assaulted a Beninoise cook and a policeman, were yesterday brought before an Lagos Magistrates’ Court in Igbosere.

According to the police, the men assaulted the cook, Mickey Dauwo, and Corporal Balogun Gideon, after falsely claiming that Dauwo caused the disappearance of Mustapha’s genitals.

They are standing trial before Mrs A.M. Davis on a three-count charge of conspiracy, assualt and breach of peace.

Solomon said that the defendants conducted themselves in a manner likely to cause a breach of the peace by raising a false alarm about missing genitals.

He alleged that the false allegation was a ploy to attack the cook.

Solomon said: “The first defendant approached the cook, Mickey Dauwo, a Benin Republic national to help him split a N100 note into N50 notes, claiming he needed it as change for his passenger.

“Immediately after Dauwo obliged him, the first defendant raised the alarm that his manhood was missing.

“When Dauwo protested his innocence, he asked Dauwo to follow him to a hospital, so that a doctor could check whether his manhood was intact. But, rather than a hospital, he led Dauwo to an uncompleted building where the five other defendants were waiting. They began attacking the cook with different weapons and caused him bodily harm.

“Corporal Balogun Gideon was passing by and saw them. When he asked what was going on, they attacked him too and injured him on the face, with one of his eyes swollen.”

According to Solomon, the offences contravened sections 411, 168(D) and 173 of the Criminal Law of Lagos State, 2015.
The defendants pleaded not guilty.

Magiatrate Davis granted each defendant N120,000 bail with two sureties in the like sum.