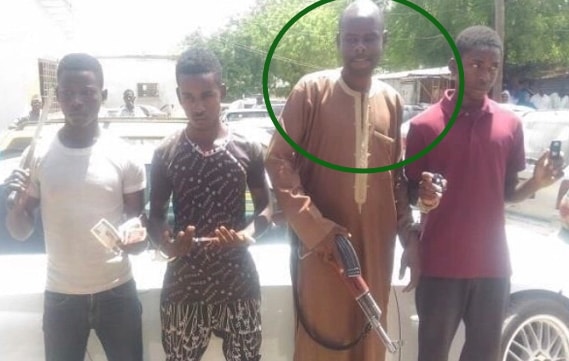 Pictured in the middle above is sergeant Sani Danjuma, a former officer of the NPF who was dismissed recently.

Danjuma’s gang reportedly disarmed the policemen guarding the hotel before carrying out the operation.

The main suspect who worked at the hotel before his dismissal attacked the  said guest house at 9:30pm on Sunday March 18, 2018 and stole a BMW luxury car and an undisclosed amount of cash.

An eyewitness who escaped the attack disclosed the identity of the officer to police before he was nabbed at his hideout on Sultan road, Nasarawa GRA in Kano.