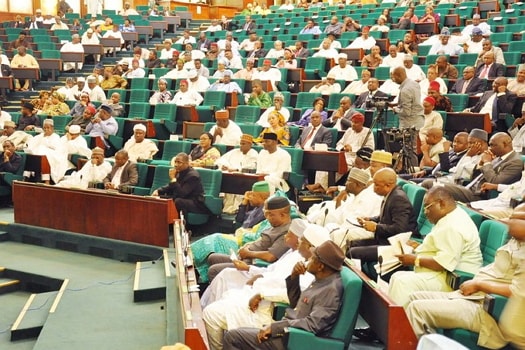 Is it possible that the grave sins of members of the National Assembly (NASS), particularly against our common treasury have been washed away by the idiotic indiscretion of a rogue arm of the Department of State Security Services (DSS), last week? For reasons best known to the scallywags led by the dismissed Director General of DSS, Lawal Daura, our country was wantonly brought to international disrepute and odium. But I doubt, if that is enough for the NASS leader, Senate President Bukola Saraki, to lay claim that NASS is a defender of rule of law, democracy and best practices.

Except of course, like the biblical Mary Magdalene did after Jesus Christ saved her from public stoning for past indiscretions, the NASS will publicly acknowledge their sins against Nigerians, and give up their life of debauchery and vow to sin no more. Without doing that, while we must condemn without equivocation the criminal conduct of DSS in desecrating what ordinarily is the hallowed ground of our NASS, we must never grant the members of NASS who have thoroughly abused our constitution, by their unlawful earnings the status of saints.

I join well-meaning Nigerians, to praise Professor Yemi Osibanjo for acting presidential, instead of the lethargy of the past, when mum and blankness are all that Nigerians get, when state officials debase our constitution or fail in their duties. In taking the decisive action against Daura and his gang, he saved our much abused country the crying shame of washing her dirty linen in the public arena. Who but the DSS goons, didn’t know that their foolishness, in this era of social media, was a sitcom, before a bemused international community? But in addition to the acting president’s decisiveness, those who despite the prediction of the tomfoolery, insisted on bringing disgrace to our country should be punished.

While nothing is beyond politicians, it is strange that some partisans on the side of the ruling party are claiming that it was the Senate President Bukola Saraki that engineered the criminal interference of last week. Assuming it is remotely true, the federal government was derelict in allowing him the latitude, considering that the threat was public knowledge days in advance, or are they saying that this government is so ineffective that it could do nothing to abort it?

Moreover, Daura and his gang had struck before against the judiciary, another arm of government like the legislature, in a most brazen act of abuse of power, on the claim that they were investigating judges for corrupt practices; a duty not within the contemplation of the laws setting up the DSS. Acting like a gang of pirates, Nigerians will also not forget that Daura ordered his gang to stop the EFCC from arresting their former Director General, Ita Ekpeyong, without any consequences, despite the public outcry.

So, until Professor Osibanjo took the bull by the horns, and sacked the serial abuser of the constitution, the Daura led DSS had brought nothing but ridicule and public odium to that organisation. The damaging claims by his former aide that he has been corruptly enriching himself, from friends and foes of the government, if proven, should be an eye opener for President Muhammadu Buhari, and those who encouraged him to disregard the constitution, in the appointment of key national security officials, on the jejune argument that he is working with those he can trust. As I had counselled my state governor, sometime ago, it is those you appoint out of turn, because they are related to you that will bring you to disrepute.

Many Nigerians who invested hope in the Buhari’s anti-corruption stance, thought that by now, it would have lawfully compelled the NASS to obey the provisions of the 1999 constitution, with respect to fixing their wages and emoluments in accordance with the law. As I have argued here, the 8th National Assembly, who fixed their astronomical wages and emoluments, by themselves, even when the constitution expressly gave that responsibility to the Revenue Mobilisation Allocation and Fiscal Commission (RMAFC), is an outlaw.

Considering that NASS has ignored section 84 of the 1999 constitution (as amended), in carting away unlawful emoluments, the Senate President cannot claim that the institution he leads would continue to defend the constitution, among other lofty promises, as he did at a press conference. While we condemn the attack on NASS by the DSS, NASS should not use that to whitewash their soiled reputation.

Again, while members of APC as partisans, are entitled to work hard to sack Saraki and Ekweremadu, from their coveted seats, they must not seek to procure their impeachment in a manner that would further debase our constitution.