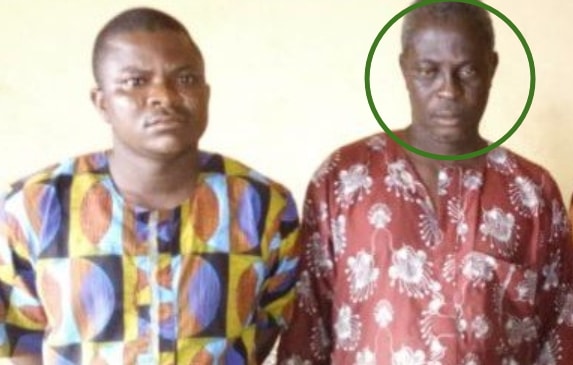 The Ogun state police command has arrested a native doctor over the death of a 25-year-old woman, Idowu Ogunkoya at his Ogun shrine.

According to The Nation, the victim’s father’s driver, Temitayo Ogunkoya, who was reported to have taken her to the shrine to be delivered of witchcraft, was also arrested.

The incident occurred on Sunday at Ojuolota, Ijesha Road in Ago-Iwoye.

It was gathered that the priest, Lekan Olukolu was apprehended following a complaint at Ago-Iwoye Police Division by the deceased’s fiancée Lucky Oghenetega.

Ogunkoya, it was gathered, was taken to the Ogun shrine by her parents to be “delivered of witchcraft.”

Oghenetega, it was gathered, told the police that the priest shaved the deceased’s hair and gave her a liquid substance to drink.

“She slumped and died immediately after consuming the liquid substance,” Oghenetega stated.

According to police spokesman Abimbola Oyeyemi, a Deputy Superintendent (DSP), detectives were led to the shrine where the priest and the woman’s father, Temitayo Ogunkoya were arrested.

“The Commissioner of Police, Ahmed Iliyasu has ordered that the case be transferred to homicide section, State Criminal Investigation and Intelligence Department (SCIID) for proper investigation.

“The CP warned members of the public to desist from primitive and barbaric ways of dealing with matters, especially issues concerning human lives. The command will not tolerate such archaic practices, capable of terminating innocent people’s life unnecessarily.”

Continue Reading
You may also like...
Related Topics:arrested, doctor, native