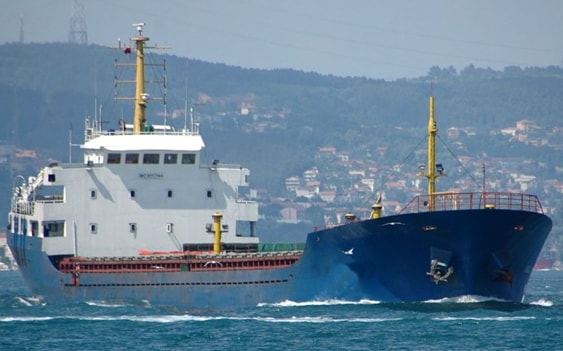 A Nigeria–bound Russian ship is being detained in South Africa for carrying illegal arms.

The cargo ship, LADA, was arrested on Sunday at the Port of Nura, near Port Elizabeth city, following a tip-off.

According to a report by Fletmon.com, security checks on the vessel revealed arms and explosives believed to be illegal in 20 containers.

It was learnt that an investigation by South Africa’s criminal investigation organisation – The Hawks – revealed that the cargo was heading for Nigeria’s commercial city Lagos and the United States.

In recent times, security agencies and the Nigeria Customs Service have been intercepting illegal arms and ammunition in large consignments at the nation’s ports.

The prevalence of small arms is believed to be the cause of the violent crimes being perpetrated across the country.

The detained ship had sailed since May from Ust-Luga, Russia, Baltic sea, visiting India, Indonesia, Sri Lanka, Kenya, Mozambique and Tanzania ports prior to its arrival in South Africa.

Investigation of the matter was ongoing yesterday.

A total of 21.5 million arms and ammunition were shipped into Nigeria illegally between 2010 and 2017, according to data obtained from NCS headquarters.

Since the beginning of this year, many arms have also been seized.

This month, a container-load of fake military camouflage was seized in Port Harcourt while 23 cartons of prohibited military boots comprising 460 pairs were imported by the Customs.

Native Doctor Arrested For Killing Woman During Witchcraft Deliverance At Ogun Shrine
Fake Pastor Lures Woman To His House For Deliverance From Satanic Oppression, Rapes Her