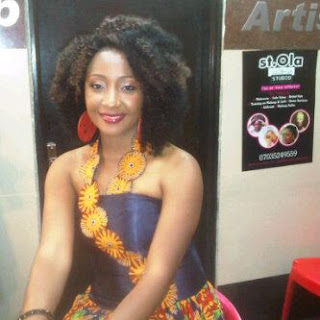 This story is for all the big girls in the house who loves beautiful and natural human hair extensions.

Rachel Edjeren is the MD/CEO of Rayzeds Media. She is a Producer, Presenter, Events & Celebrity Red Carpet Host, Public Relations (PR) Personnel/Consultant and an actress.

She is the producer of the popular TV magazines ‘TRENDS & RACHEL’ and ‘YANAYIN ZAMANI da RACHEL’.she is based in Abuja. 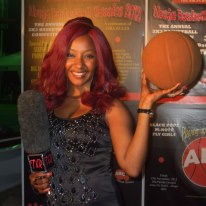 ”My sister inlaw came to pray with me last two years. She said she was experiencing ill luck during the week. So many nasty things happening to her.I prayed wit her and the Spirit led me to ask her what hair she had on, she said indian. I was led to tell her to remove it and not give out but pray and burn it. She obeyed and things went back to normal. Sometime after that, my hubby and i watched a documentary on how ladies in India sacrifice their hair to the gods if they have nothing else worthy to sacrifice. 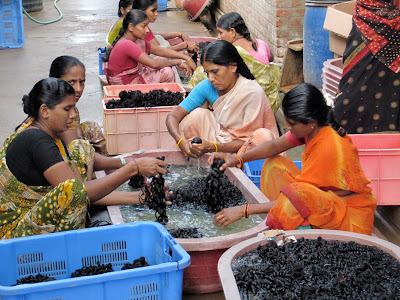 My husband likes human hair. So even though I like my full dreadlocks kind of hairstyles, I give him what he likes most times. I have done brazilian and Peruvian hair so thought to try something different and more natural which is Indian hair. Last weekend I ordered for it and made it. Prayed on it and believed it was fine. 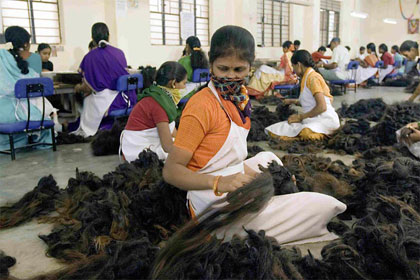 Yesterday night (march 14,2013) I had the strangest of dreams. I saw that I made a hair that allowed me to pack it thus project my face and make it look slimmer. All of a sudden, I got into a scuffle wit 3 people who began to chase me all over the place to kill me. I got off from them narrowly and ran into a market. There, a mad man began to chase me.

I escaped him narrowly then 2 rapist-thugs came after me. All the while, I felt I was carrying someone else’s face.

I ran into a house with people praying. The lady in charge there looked at me and showed me a picture of my self with my regular synthetic dread-like hair and said “but that is ur regular look, why are you carrying someone elses face. Then from no where another lovely lady came from outside, drew me to the corner and began to ask me about my look.

She said “you are having problems with your hair right?” Whilst she was talking, I noticed something in her mouth; a bowl of cowries and the face of a Benin god, I looked closer and asked her what it was and why she had it.

She said her man likes her because of that decor in her mouth—cowries and the face of a god like a shrine in one’s mouth? she also said that she is comfortable and that it’s beautiful.

I woke up and prayed and immediately understood what the message was but didn’t want to let go of my cute human hair that cost so much.

I decided to ask my husband because he interpretes dreams accurately.

He immediately told me to remove the hair. At the same time, the Spirit told me to cut it off and not remove it gracefully because it tried to bring me shame and pain.

Cut it off, anoint your head, anoint and pray on the hair to refute all ill and do not just throw it away but BURN IT. I obeyed.

I have decided to only carry my natural hair or synthetic hair.

This is because the Bible says; “The hair is the woman’s crowning glory”. Carrying another’s is like carrying the other person’s spirit. The worst is even Indian. Nothing wrong with Indians; They are beautiful and we love them especially in Films but those hairs sold are sacrifices to gods. Thus, they are cursed.

There are loads of other human-looking hair made with synthetic in the market if you want that look or if you insist on wearing real human hair, try those from other Countries but pray on them and be ready to bear any consequence”.