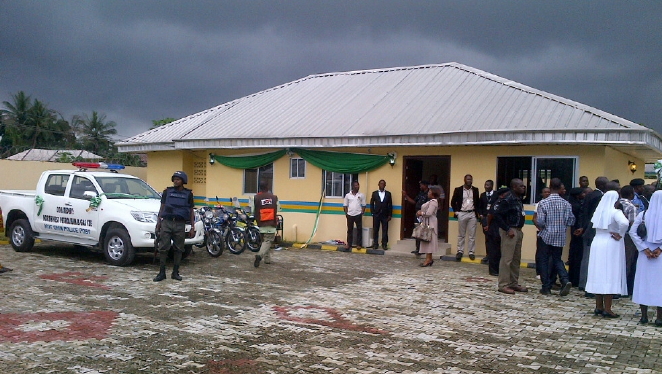 A verbal argument that started between a traffic warden and a power hungry Naval officer has developed into a mini war that took many lives in Calabar yesterday.

According to eyewitnesses, trouble started on Tuesday when a traffic warden stopped a Navy officer in order to pass other cars, however the officer was said to have suddenly picked fight with the warden. He reportedly ordered his boys to batter him for not according due respect to him.

A deputy Superintendent of Police who was passing by tried to settle the dispute but naval officers beat him to pulp as well.

At a point the matter went out of hand when the power hungry naval personnel on order of their “Oga on top” followed the Superintendent to Akim Police station where they started shooting officers and visitors to the station.They later set the whole station on fire.

In the aftermath of the attack, 3 policemen and about 7 inmates died.

Here is what a witness said: