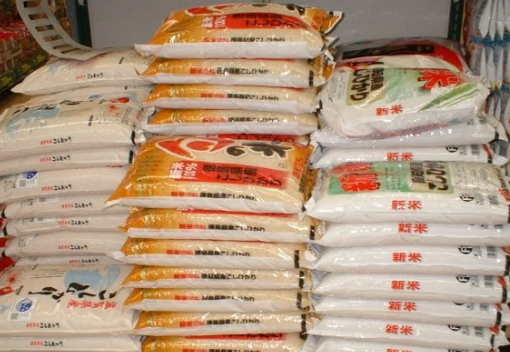 The Nigeria Customs Service, NCS, says it has uncovered a warehouse filled with bags of plastic rice in Ikeja area of Lagos State. The fake rice was stored for sale during the Christmas season.

The Customs Area Comptroller, CAC, Federal Operations Unit, Zone A, Ikeja, Compt. Haruna Mamudu, who made this known on Tuesday, said the unit had so far evacuated 102 bags of the plastic rice for further analysis.

He disclosed that the rice, which was tagged ‘Best Tomato’, had no manufacture or expiry date as well as National Agency for Food And Drug Administration and Control, NAFDAC, registration number.

According to him, ‘‘As I speak with you, we have successfully evacuated 102 bags of 25kg branded Tomato Rice without any date of manufacture not to talk of expiration date and NAFDAC Batch Number.

“We are still investigating to ascertain how much of this rice has been circulated and how best to retrieve it in order to protect and safeguard the health of Nigerians and bring those behind it to book.”

Mamudu continued that preliminary analysis of the rice after boiling it showed that the rice is sticky and not hygienic for consumption.

His words, “Preliminary analysis on the plastic rice after boiling showed how sticky the rice was and only God knows what would have happened if our people consumed it. I advise these economic saboteurs who see the Yuletide season as a peak period for their nefarious acts to desist from such illegal business as the unit has devised other operational modalities that will make them count their loses.”

The CAC lauded Nigerians who provided intelligence for the discovery of the warehouse where the plastic rice was discovered.

“You will agree with me that smuggling is a global phenomenon which cannot be curbed entirely but can be brought to its barest minimum. I also want to use this medium to appreciate well-meaning Nigerians who provided us with prompt information that led to this discovery,” he stated.