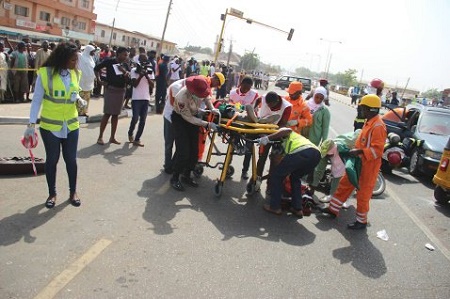 At least 3 people were confirmed dead today in Minna when a car collided with an Okada man and a tricycle carrying two passengers.

The impact of the crash killed three people on the spot while 2 others sustained life threatening internal injuries.

FRSC officials were seen on ground rushing the victims to the hospital.

The remains of the deceased have been deposited at Minna General Hospital mortuary. 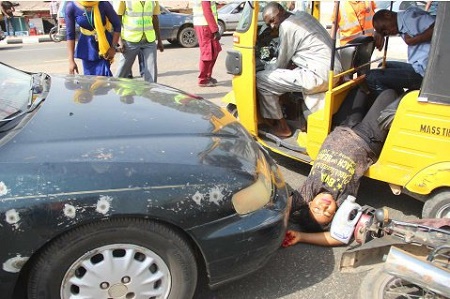 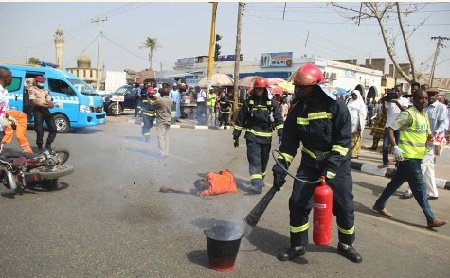 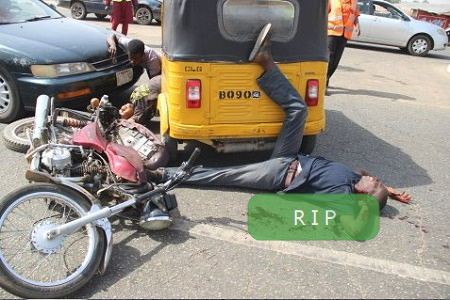