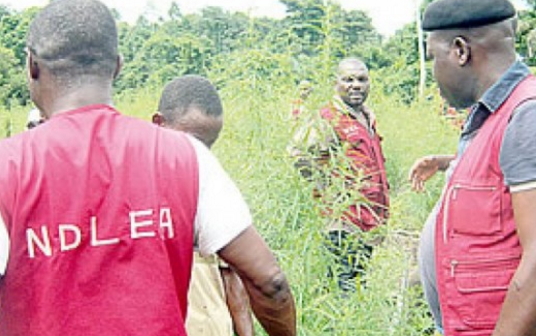 The traditional ruler of Goma in Sanga LGA of Kaduna Ibrahim Danladi has been dethroned over Indian hemp possession.

Kaduna State Government announced the immediate suspension of the traditional ruler who was arrested by officials of the National Drug Law Enforcement Agency (NDLEA).

A statement issued by the Spokesman to Governor Nasir Ahmad El-Rufai, Samuel Aruwan, said the suspension followed the arrest of the traditional ruler for being in possession of 1.5kg of marijuana.

“On January 20, 2016, the National Drug Law Enforcement Agency arrested Ibrahim Danladi while he was in possession of 1.5kg of marijuana.

“Danladi is the village head of Goma in the Gimi District of Sanga local government area of the state. He admitted to ownership of the illegal drug, and the NDLEA will be charging him as soon as it concludes investigations.

“The NDLEA subsequently notified the Kaduna State Security Council of the arrest of the traditional ruler. While deliberating on the matter, the Council recommended his suspension.