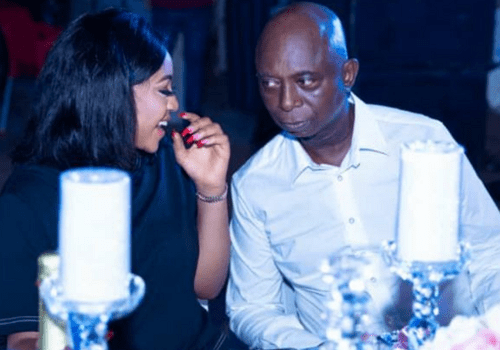 Amidst the marriage rumours, Daniels was on Saturday seen at federal University of Petroleym, FUPRE , Delta State, with the business tycoon where he bagged an honorary doctorate degree.

The actress who is reportedly enjoying her new life of luxury, travelling in private jet, buying a Rolex wristwatch worth three million naira and acquiring of cars worth millions of naira.

Against the speculated age of the actress being too young for the former House of Representatives member, Nwoko on his official page made some clarifications saying, “Regina my new bride is 22 not 19. She is my fifth wife not 6. And I love her so much.”

Though a lot have been coming up because of this new couple, it is assumed that the family of the young actress is not against the union.

It was reported that the actress bought a mansion for her mother in March 2019, and also took her family on a vacation outside the shores of Nigeria.

Presently the young actress’s marriage is been received with mixed feeling from both colleagues and fans. While some feel it is her choice, others are of the opinion that the actress is too young to be married to a man of 59 years. 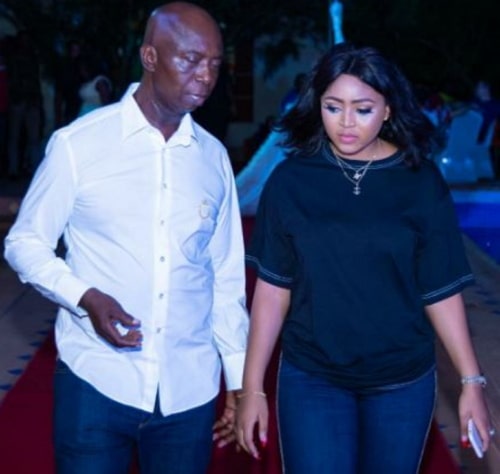 Though her ex-boyfriend Somadina Adinma has been silent over the whole issues, the actor on Monday lashed out at trolls mocking him over losing her to a billionaire.

Also, Regina got the support of comedian Helen Paul and sex therapist Jaruma who urged Nigerians to let the budding actress enjoy her marriage. Another A-list celebrity, Yvonne Jegede, has queried why Nigerians are pestering her over her marriage to Ned Nwoko. She urged Regina Daniels to stay true to herself as she cannot satisfy everyone.

US based actress Georgina Onuha, also commented on the issues, saying it’s her life, her business and her prerogative.

“Ok everyone; please stop sending me DMs and tags about this young woman,” she said.

“I don’t know her nor have I met her. No one has made you nor I a judge over her or her decisions even though my name is Georgina and not Regina. The last time I checked, I did not go to a law school neither was I appointed a judge. It’s her life, her business and her prerogative.”