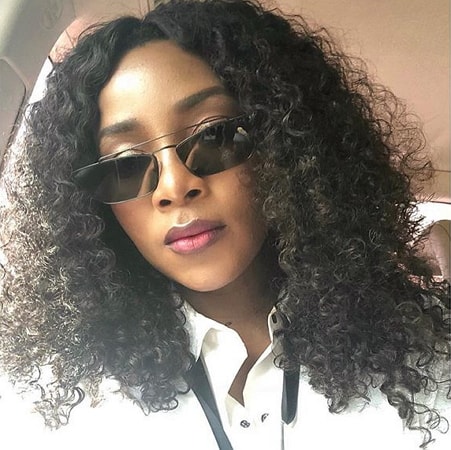 Nollywood actress Genevieve Nnaji’s latest production, ‘Lion Heart’ is going places as Netflix has just bought the movie, making it the third Nigerian movie to be bought by Netflix.

Nigerian actress, director and producer Genevieve Nnaji got global recognition after the highly-rated American top media service provider, Netflix announced to have bought the right to the movie on Friday, just a day before the movie was scheduled to premiere at the Toronto International Film Festival (TIFF), Canada.

The beautiful actress has been in the news of recent after the movie ‘Lionheart’ which she co-produced with Chinny Onwugbenu was shortlisted to be premiered at the TIFF 2018, where it will be getting a world recognition.

Lionheart is a production of The Entertainment Network (TEN), and was written by Genevieve Nnaji, Ishaya Bako, Emil Garuba, C.J Obasi, and Chinny Onwugbeni. The movie was directed by the Nollywood Diva herself.

Taking a sneak peak at the movie trailer, “Lionheart” tells the story of a girl who is forced to go along with the arrangement of working with her uncle just to help save her father’s crashing bus company. The movie’s lead character Adaeze, played by Genevieve is a level-headed executive at the bus company of her father, played by Pete Edochie. Her father fell ill and she and her contender, played by Kalu Ikeagwu were now left with no choice but to dance around their reckless Uncle, played by NkemOwoh. Things got complicated after it was uncovered that the family bus company business is suffering a great financial lapse and will be needing saving, this unfolded series of stories as the move to save the company of their ill father.

Genevieve made her debut as a producer in 2015 with the movie “Road to Yesterday.” The movie witnessed a big success and sell out as it made N30million at the box office. And now, three years later, the actress is stopping at nowhere to get to the top as she is back with a better project that has made history for itself.