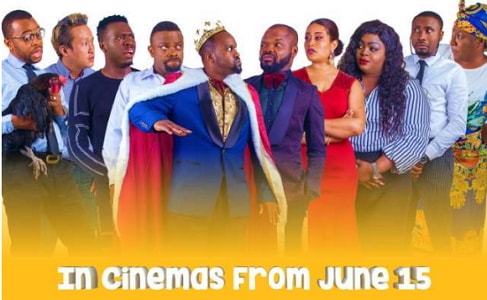 According to Pulse NG, the month of June has a lot of new Nollywood movies to offer movie lovers.

Here are the new movies to see this upcoming month.

“Ghetto Bred” tells the story of Efe, a young vibrant lady who doesn’t believe in love until Onons, who spoke the language she understood, and Fred, a complete gentleman.

In “Boss of all Bosses,” Tony is an obnoxious M.D of an oil and gas company called Hemcorp.

Tony’s reign is finally put to a halt when the dissatisfied CEO, Thomas, decides to create competition by employing Samuel as the second M.D in the company.

“Boss of all Bosses” debuts in cinemas on June 12.

A movie about friendship, “Rule Number One” tells the story of two best friends, who fight for the first time over a man.

The plot explores what becomes of their friendship through the fights, the attacks and the tears.

Produced by Afurobi Oluchi and directed by Lyndsey Efejuku, the romantic comedy debuts in cinemas on June 1.

4. “Guyn Man”
Detailing the lives of best friends since university; Anaya Ekiye and Ikechukwu Mordi Jnr., the story is woven around their simple yet complex relationship and raises the question: ‘Can friends be in love and not know it?’