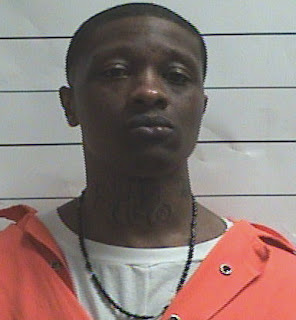 Travis Boys, a 35-year-old man standing trial for killing a Police officer in New Orleans, United States of America stopped the jury selection process in court on Wednesday by smearing faeces on his body.

The man,  is facing a charge of first-degree murder for shooting dead New Orleans Police Officer Daryle Holloway in 2015. Police said Boys was being transported to jail when he shot Holloway dead inside the officer’s SUV. Boys then escaped and remained at large for 24 hours before his capture.

Media outlets covering Wednesday’s jury selection for Travis Boys’ first-degree murder trial reported that Boys pulled what appeared to be a napkin from his clothing after a bathroom break and rubbed faeces on his head, face and mouth, Kansascity.com reported.

Judge Karen Herman dismissed potential jurors who were present and ordered a Thursday competency hearing for Boys, who had earlier been declared competent for trial.

Boys pleaded not guilty and not guilty by reason of insanity in the fatal shooting of Officer Daryle Holloway.

Holloway’s uncle, criminal defense attorney David Belfield, witnessed the scene Wednesday.Belfield said he believed that Boys was putting on an act for jurors.

“It’s calculated, and it shows that he’s not insane, not crazy,” he said.