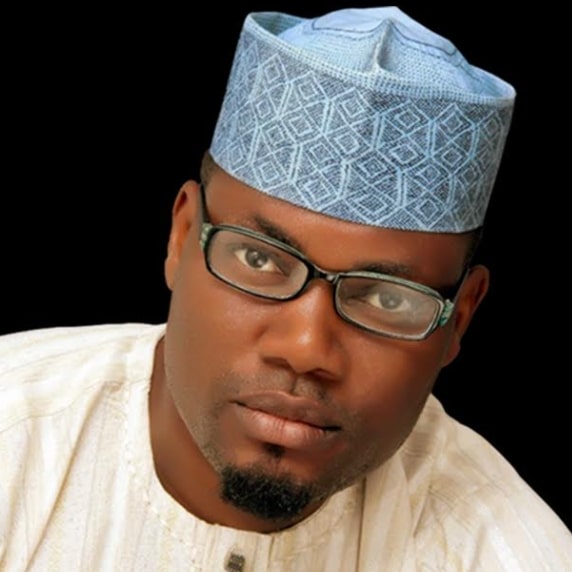 …OF PRIVATE JETS AND THE GOSPEL OF JESUS CHRIST.

“In Covid I bought a jet…the third one, I have three… I was praying for Covid not to end because I was resting…my wife asked me she said; ‘can life be this sweet?’ There is a rumour going round that I have a machine that print money…when you speak in tongues you are printing money!”-Apostle Johnson Suleiman, founder, Omega Fire Ministry.

Apostle Suleiman roused emotions among Nigerians on social media, a few days ago, over a video in which he made the above comment. Most people took his words to mean happiness over the current pandemic and all the ills that come with it.

Although the man is not new to scandals (recall the Otobo episode and the recent adultery accusation by another pastor), I believe the man was trying to make the point that despite a pandemic, like him, his members can make gains too.

But in doing so, he unwittingly passed two messages. He pushed the idea that most Christians would consider heresy by suggesting that ‘when you speak in tongues you are printing money’, and he gave the impression that materialism mattered more to him and his wife, than the gospel.

Here is why I draw this conclusion.

First off, Saint Peter and the other Disciples who knew Jesus first hand, and even Apostle Paul who we are told Jesus himself appeared to, all encouraged believers to practice “speaking with other tongues” in the worship of God and as a means of spiritual edification. There is nowhere in the Holy Bible that speaking in tongues is associated with money.

Then, sometimes around 2019, news broke of how the man acquired his first jet. With words of praise like “God’s Own Oracle…the Lion of Africa” and so on, his members and admirers flooded the internet with pictures and video of the man gracing the inside of the jet.

Understandably, a number of Nigerians at that time, criticized the move. Such criticism is expected especially because the country had just acquired the status of the world’s capital of extreme poverty then.

As usual, some people quickly rose to his defense. Even Reno Omokri, one-time President Jonathan’s Assistant made a Live Facebook video in which he explained how the man had sent two very poor church members to school abroad, how they finished, got very good jobs, made so much money, and then decided to buy him the jet without his knowledge. Some people accused Mr. Omokri then of been inspired by the fact that, according to his own words, Apostle Suleiman “…helped me raise money for the Free Leah Sharibu Movement”

Private jets, private yachts and so on, are luxuries associated mainly with extremely wealthy people, so what does a man who, on many occasions has admonished his members to use their resources in helping the needy need three three for?

Some analysts have argued that he acquired his jets under conditions shrouded in opaqueness and that is why he needed members and allies to offer explanations for him. But he himself came out to tell Nigerians that “…if you are complaining about one jet I don’t know what you are going to do when we get 50…load your gunpowder…because we are just starting.”

In response, analysts say for a man who relies on donations from which he is tax exempt, a man who has no tangible patent to his name, that that was not just a conceited response, but one that smirks of pride, something totally unlike Jesus Christ. Others asks what is so urgent about his message that he needed jets to propagate especially with a church whose members do not exceed 150,000 worldwide, in an age of light speed internet connection. They also say if it was the need for fast travels that necessitated the jets, ho come his trips are often to Europe and America where Christianity came from and is thriving today, rather than Afghanistan, Pakistan and Saudi Arabia where the gospel is urgently needed.

Although the Church is doing great things but can we continue to pretend not to notice the upheaval the message of some of these pastors is doing to the psyche of our people and contributing to the Nigerian situation?

What about the message of Jesus that emphasize contentment as against these wishy-washy teachings that continue to inundate us with the doctrines of prosperity, albeit, at all costs?

The has boasted that God told him he would give him 50 jets. But why would God give one man that much and refuse to fix just one of the myriad economic problems that plague the small Auchi community where his church is domiciled? If a man builds his ministry on financial prosperity, what will he do when the donations dry up?

As a pastor, should not the Apostle, more than anybody else, know that this type of theology, which is so pervasive today in Nigeria anyway, is a distortion of the message of Jesus and doesn’t equip Nigerians to deal with the challenges of life, which are very rampant in our country today, especially man made ones?

If wealth and health is a sign of God’s favor, what will one do when one loses any or both? This is the question we must all ask ourselves because we are frail humans and we are dust, and whether believers or not, good or evil comes to everyone irrespective of religion. Go to any hospital today, you will find believers and non-believers there.

I think the clergy must emulate Jesus who, in keeping with God’s heart expressed through the Prophets of old, carried on the tradition of moderation and defending the poor. He even told the church at Laodicea who boast as some have accused Apostle Suleiman of doing today, “You say, ‘I am rich; I have acquired wealth and do not need a thing. But you do not realize that you are wretched, pitiful, poor, blind and naked”

Jesus turned over the tables of moneychangers and drove out those who profited from religion, he called tax collectors to repentance, and said to “store up for yourselves riches in heaven where nothing can steal or destroy it”.

While Jesus isn’t suggesting that we all live destitute, he clearly warned about the great dangers of a desperate quest for wealth, and the power it has to shift the mind to things that are ephemeral.

He explicitly warned that man cannot serve God and mammon -the god of money. That it is easier for a camel to go through The Eye of a Needle than for a rich man to enter God’s kingdom.

He came down to earth according to Christian theology, took on human flesh and dwelt among sinful humans in the filth of this world, thereby setting aside his wealth in heaven.

In his nativity story, we see how he was born in a foreign city presumably without family and friends around, being placed in a manger, literally a feeding trough for animals, and being visited by shepherds, strangers who were considered by most people in those days to be the outcasts of society.

At his circumcision, saint Luke reports that Mary and Joseph offered two pigeons as a temple sacrifice for Mary’s purification as ordered in the Bible book of Leviticus because they were too poor to “afford a lamb…” which was the custom.

Even though Jesus was born into a family that was part of the lower economic class, 30 years after, during his earthly ministry, his material life was not any better. Even he himself commented on his economic status when he said, “Foxes have holes, and birds of the air have nests, but the Son of Man has nowhere to lay his head”

And the Gospel narratives too bear out this testimony when they reported that he preached from borrowed boats, multiplied borrowed food, rode on a borrowed colt, and was buried in a borrowed tomb.

I can go on and on, but today, it appears we have some sets of clergy men that, rather than protect the sheep, evangelize the lost, and speak truth to power, they are so lost in materialism they obfuscate the message of Christ.

The truth is, behind this materialistic quest is a type of unbridled GREED.

Many may not see this, but some of us do. This is why I would conclude with the prayer of His Holiness, Pope Francis I; “…Lord, please touch the hearts of these people who worship… the god of money …And also touch my heart, so I don’t fall into this too, so that I can see.”

About the author:  Albert Afeso Akanbi is a writer, documentary filmmaker and humanitarian. He writes from Abuja, FCT, Nigeria.

Continue Reading
You may also like...
Related Topics:gospel, private jet

My Thoughts On Ngozi Okonjo Iweala’s Appointment As WTO DG
DR Congo: A Sad Tale Of Suffering In The Midst Of Plenty