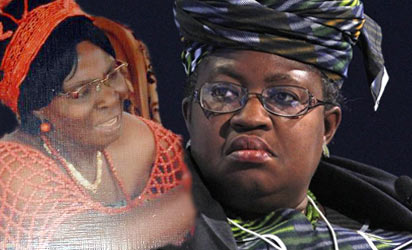 S A young boy, suspected to have been used by the kidnappers as a “sacrificial lamb” to lead the old woman to safety after the ransom was delivered to them on Saturday, has been arrested by security agents to help in their investigations on the identity of the hostage takers.

Professor Kamene Okonjo was shepherded to her Ogwashi-Uku home by security agents, who kept the information secret.

A chartered flight took her Abuja from Asaba Airport departed at about 2.29 pm. Her son, Onyema, accompanied her. Soldiers, Police and Customs officials prevented photographers from taking pictures throughout.

Negotiation for Professor Okonjo’s release was carried out by her son, Prince Onyema Okonjo, who spoke various times with the kidnappers on phone between Sunday, December 9, when she was snatched and Friday morning.

Security agents monitored part of the negotiation with the kidnappers, but could not trace their exact location until ransom was paid.(Vanguardngr)