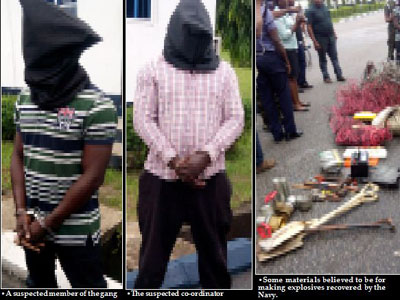 The military on Tuesday confirmed the arrest of a leader of the Niger Delta Avengers Militant group in Delta State.

The suspect reportedly coordinated several attacks on oil and gas facilities in the Oil-rich State.