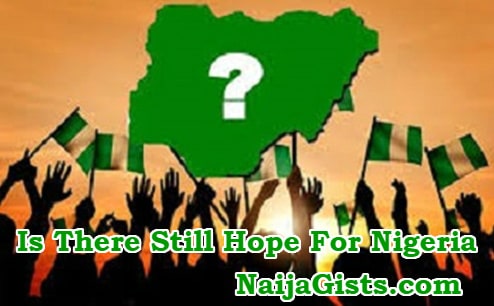 Despite Our Much Vaunted Democracy, Nigeria Is Still Not A Democratic Republic

The 18th century German sociologist, Max Weber, once defined power “as the ability to get others acting in accordance to your will”. When Nigerians gain the dividend of democracy – power – they will have all the elected and appointed officials and every institution of government acting in accordance to their will. As such, the powers of the governing will be subordinated to the will of the governed. Then, Nigerians will levitate from pawns and stooges in the elite power game – that we now consider democracy – to become the focus of the interests, concerns and actions of elected and appointed government officials and every institution of government. And the Nigerian ruling elite will inevitably descend from supercilious, profligate, over-paid, self-indulgent and money-stealing panjandrums to public servants.

It is a political dynamics that will inevitably bring about – economic prosperity, rule of law, social justice, effective health care delivery system, infrastructural development, steady electricity supply, etc., not at the benevolence of a dictator but as dictated by the will of the people. The problem of Nigerian democracy is that, like a dictatorship, the powers of the governing are not subject to the will of the governed. Without this indispensable ingredient of democracy, Nigeria remains a dictatorship with the façade of democracy.

Not surprisingly, as in a dictatorship, the political class repudiates the public will and ride roughshod over the masses. They undermine a principled distribution of the national wealth by strengthening an unconscionable economic system that reinforces the inordinate wealth of an elite few – politicians, government officials, businessmen, super-star pastors, etc. – at the economic strangulation of the generality of the people. In their avarice and extravagance, many state governors misappropriate public funds to the point of not paying the salaries of state employees. In some states, civil servants are not paid their salaries for months, sometimes, up to 18 months. To work for so long without pay must be unimaginably agonizing. It is gross; disconcertingly redolent of slavery. Nothing reminiscent of slavery in the 21st Century can be in consonant with democracy.

It is lamentable that our relatively wealthy country is the home to the greatest concentration of extreme poverty in the world. In addition, this our “poorest oil-rich nation in the world”, ranks with the poorest and war-torn countries of the world in terms of incidence of poverty, life expectancy, child mortality, and other social indexes. It is disproportionately populated by dispirited and demoralized masses wrenched by economic hardship and consumed by the endless drudgery for daily subsistence. It has been written that “the root of bondage is poverty…” The incredible mass poverty in this land of plenty must be a stratagem by the ruling class to keep the people in bondage.

There is homelessness, especially, in urban areas; people live in open air and under the bridges. For many that can afford housing, their habitation is pitiful. In them people are crowded, sometimes, up to 10 persons in one room. Their neighbourhoods are festering squalors, with gutters clogged with filth and debris, providing breeding grounds for mosquitoes and all forms of vermin. Not surprisingly, dirt borne diseases, like malaria and typhoid fever are widespread. Nigeria is also home to the highest maternal and infant mortality rate in the world. With only 2% of the world’s population, she accounts for 11% of the world’s maternal mortality and 12% of the world’s under-five mortality. It is a sad reality that persists because the ruling elite do not patronize Nigeria hospitals; they jet-out to hospitals in India, Britain, Germany, etc., for their own health care, and even, routine medical check-ups.

In their Apartheid-like systematic humiliation of the masses, state governors have routinely ordered the bulldozing of the homes and businesses of Nigerians without due process. Ostensibly, these are done in furtherance of urban redevelopment programmes, but there are evidences of other motivations, like the appropriation of choice real estate. The methods adopted in most of these demolitions are tear-jerking. Homes are demolished with little regards for the hapless and helpless men, women and children abruptly rendered homeless and the indigent dispossessed of their sources of subsistence. Thus, families, including children, babies and pregnant women, with no alternative accommodation are unexpectedly thrown outside in the rain and cold. A man’s home is his castle. It is inviolable, even, when it is an illegally built shack. The removal of a man from his house without painstaking adherence to due process and the rule of law is tyranny.

The president, governors and a number of the other members of the political elite, with the arrogance of power and contemptuous indifference only appropriate of colonial masters and medieval feudal lords, run people off the street with their siren-blaring motorcades. Those that failed to hurriedly get off the street are beaten up by their security details. In the past, these speeding, siren-blaring motorcades had run people over and caused fatal accidents. In their snootiness and inconsideration, they neither admit their offenses nor apologize. Like the power elite they serve and represent, the Nigerian Police Force treats the masses as though they have no right worthy of protection by the law. Not surprisingly, it is world renowned for brutality, trigger-happiness and extra-judicial killings.

So, despite our much vaunted democracy and recent celebration of 20 years of unbroken democracy, Nigeria is still not a democracy. Nigeria will become a genuine democracy when the ruling elite become subject to the powers of the electorate, and consequently, act only in accordance to the will of the people, which is antithetical to electoral fraud, profligacy, theft of public funds, and other abuses of power and degradation of the Nigerian masses.

About the author: Tochukwu  Ezukanma writes from Lagos.

Continue Reading
You may also like...
Related Topics:democracy, level, nigeria

The Child Abuse Practice Of Naming Kids Witches In Nigeria Must Stop Now, Enough Is Enough
‘Baba Go Slow’, Time Is Running Out!