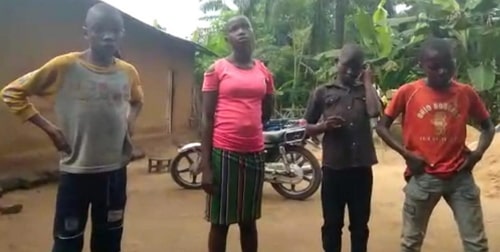 Last week I wrote an article about the abuse of kids in the name of child witches killings, spearheaded by a few religious leaders in some parts of Akwa Ibom State.

The article received wide coverage and even an Abuja based human right radio station discussed the subject at length in one of their evening programmes.

Two days after, I received a message on my Facebook fan page from an individual who is not on my friend list, who identified himself as a native of Akwa Ibom State, a man whose identity I would prefer to keep secret for now.

He intimated me of the experiences of over 5 kids, all of whom are not older than 15 years of age, who have all been denounced at a church prayer session and accused of witchcraft in the community of Ikot Mbong Akan in Oruk Anam Local Government Area of the State.

The General Overseer of the Zion Peace Church, Lady Evangelist Mary Smith Udo and her Oron based guest spiritual leader, Senior Prophet Iniobong had organised a ‘deliverance’ session in which many kids were labelled witches and kept in the church for months.

Apparently, one of the kids, a boy of about 13 year by the name Saviour Ubong Emmanuel was worse hit. His father Anthony Emmanuel Ubong and step mother Edidiong Anthony Emmanuel had accused him of being the worse of all the witches who was responsible for the woes that had befallen the family.

And so they employed the services of the “exorcist”, Lady Evangelist Smith and her guest Prophet who both “confirmed” that the boy, like the other kids, were indeed a witch.

Upon this “confirmation” the boy’s parent, the “Senior Prophet” and Lady Evangelist swung into action. The boy and the other kids were beaten, tortured, kept without food and were removed from circulation. I gather that the torture had being going on for months, to the extent that the young boy like many of the other kids, missed their chance of writing the Common Entrance Examination, before the informant read my article.

To prove their innocence or make them confess, the kids were given all manner of concoction and even faeces to eat, and then to cap it all, they were given the poisonous ‘anem’ leaf to eat. It must be noted that among the many kids who have been given this leaf to eat in the past in order to prove their innocence, some of them have died in the process. Ironically, Saviour survived. 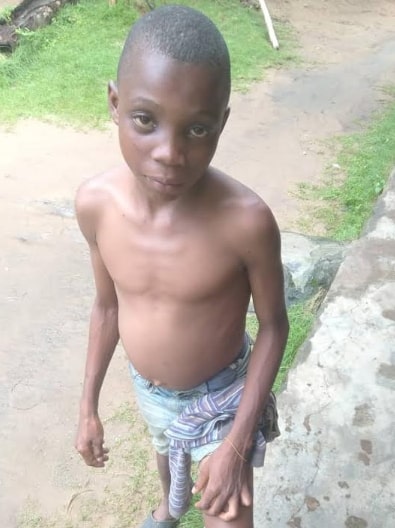 When I got this call, I put a call through to a contact in the USA who is very passionate about child welfare, he got in touch with the local police in Ikot Mbong Akan and with the help of our informant; the police was able to track down the culprits who were promptly arrested. The senior “Prophet”, the Lady Evangelist General Overseer who administered the poisonous leaf and the boy’s parent were all arrested, even though I understand that some of the other accomplices escaped the arrest.

The Investigative Police Officer that led the team which effected the arrest is IPO Nsikan and the police station where the culprits were taken after the arrest is the Mkpat Enin Police Station in Mkpat Enin LGA of Akwa Ibom State.

As I speak, our NGO, the Child Rights and Rehabilitation Network CRARN is making arrangements for the kids, even though we are already over populated with child victims and grossly underfunded.

However, against our wish, I received news that the people arrested have been released on bail. And as I write, the informant is being threatened by the community for “protecting a witch”. His life is practically in danger now.

By this piece, I am putting the public on notice that what we at CRARN demand is nothing but a trial in a court of law and if found guilty, punishment must be served to serve as a deterrent to others. These evil abuses being perpetrated against kids have gone on for so long and so many “deliverance prophets” have escaped punishment for their crimes because no one of note has been made to face the music. We don’t want this incident to go the same way.

We want the local Police there to know that already we are in touch with some media platforms, human rights groups, NAPTIP and every agency or individual with a conscience who we believe can help stop the practice, and who would ask questions if the culprits were let off the hook and if anything funny were to happen to our informant or the kids.

By this post also, we are also putting the Government on notice, and we appeal for assistance in ensuring that justice is served.  Accusation of witchcraft is almost as old as man, it is also almost a cultural thing that exists amongst almost every society, time and place, and so should not be seen the government’s fault. But it would be government’s fault if they don’t do anything to serve justice to culprits, help kids who have been accused, tortured and stigmatized to heal, make laws to protect kids and see how they can educate the public to stop this evil act, and regulate the activities of religious people.

While we urge the public to note that this practice is more prevalent in the Akwa Ibom State communities of Abak, Ukanafun, Efoi, Ikot Afaha and Eket, we urge citizens there and the members of the public with information about the abuse of kids, any kid at all, not to hesitate to reach out to CRARN and government agencies like NAPTIP, the Police and human right groups.

I will repeat what I said in my previous article, kids are a gift, especially gifted kids. Any society that eats up its brightest kids is automatically setting the mechanism for its own demise. If you break the word ‘responsibility’ in two, what you have is ‘response’ ‘ability’. We should be willing to respond to evil perpetrated against people as if it was us, because it may be the next man today, who knows when it would be your turn?

This practice of naming kids witches must stop now, enough is enough.